Indianapolis Opera will finally make its debut at the Palladium at the Center for the Performing arts in Carmel. It’s just not how Indy Opera General Director David Starkey expected it to happen.

Indy Opera’s production was set for April 29-30 and May 1 at the Bicentennial Pavilion at the Indianapolis Zoo. However, the weather forecast forced a switch to one performance of Rodgers and Hammerstein’s “Carousel” at the Palladium at 7 p.m. May 1. 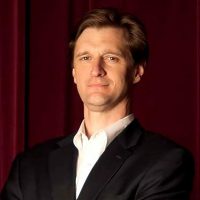 Starkey said the projected weather temperatures for the weekend are too chilly for the orchestra to play.

Starkey said projected rain might have made the weekend a complete washout.

“It’s a double whammy for the perfect storm of circumstances that we don’t what to put the safety and the care of the artists and audience in jeopardy,” Starkey said.

The Palladium only had May 1 available. The Indianapolis Zoo’s venue has approximately 500 seats while the Palladium seats 1,600.

“All the tickets will be honored,” Starkey said. “We’ll have a seat for everyone who has bought a ticket. We’ll have more tickets for people to buy.”

Starkey said successful performances by Indy Opera were held at the Zoo in May 2021 and the Indy Opera plans to return in the future.

“We’ll finally be able to make our debut at the Palladium with a world-class production,” Starkey said. “We have a very eclectic, cultural representation. Ethan Vincent, who is a Native American baritone, is debuting in the role of Billy Bigelow. Bernardo Medeiros, a first-generation Brazilian American, is playing Jigger, and he is bringing an interpretation that’s extremely rich in a role that people don’t like that character. It’s a dimension that will shine a completely different light on the duo of Billy and Jigger.”

“You’ve got love, tragedy and redemption. You’ve got all the elements of opera right there,” Starkey said.