Ned Broadwater and his family have been hard hit by Alzheimer’s disease.

Ned, a Zionsville resident, lost both of his parents, Robert and Sara L. Broadwater, and his mother-in-law, Diane Perkins, to Alzheimer’s disease. Robert died in 2011. Sara died in February 2021 and Perkins in October 2021.

Ned created the Spoke & Memories bike ride to support the Alzheimer’s Association’s efforts to fund research and services to combat Alzheimer’s. His daughter, Sara K. Broadwater, 29, is a ride director.

The fourth Spoke & Memories ride will start at 8 a.m. June 25 at Moontown Brewery in Whitestown. A portion of Moontown’s proceeds from that day will go to the Spoke & Memories’ fundraising effort. The charity ride distance is 65 miles, which is significant because every 65 seconds a person is diagnosed with Alzheimer’s. A 28-mile option is available.

“Our goal is to raise $40,000 this year,” Ned said. “Fundraising has been kind of slow this year. I’ve been fundraising now for 12 years, and you get that peak and valley.”

Ned said he started fundraising for Alzheimer’s Association walks after his father was diagnosed.

“My parents were always involved with band boosters, athletic boosters or political (fundraising),” Ned said. “They were always involved so I didn’t feel like I could sit back and do nothing about this. I lived in Valparaiso at the time and did the Merrillville Walk to End Alzheimer’s and ended up being the No. 1 fundraiser in Merrillville. The next year my dad died, and I decided I wanted to be the No. 1 fundraiser in the state at the walk. Every year it got better and better.”

Ned, 62, and his family moved to Zionsville in 2012 and served on the Alzheimer’s Association board of directors for six years.

“I’ve seen three of my four grandparents go through (it) and forget who you are near the end of their life,” Sara said. “It’s something that’s near and dear to us. You might as well pick something you are passionate about and have an impact. Selfishly, we do it because we don’t know how Alzheimer’s happens. I don’t want my parents to go through it. I don’t want to go through it. It’s also to honor my grandparents, too.”

Ned said when people tell him they haven’t been touched on it, he tells them they likely will be. Ned said Alzheimer’s is the sixth-leading cause of death and growing.

Ned’s wife, Beth Broadwater, and their other children, Austin and Olivia, take part in the walks and provide support.

Sara said during the last 12 years the family has raised more than $100,000 for the Alzheimer’s Association.

“It’s a family affair and we have no intention of slowing down,” Sara said. 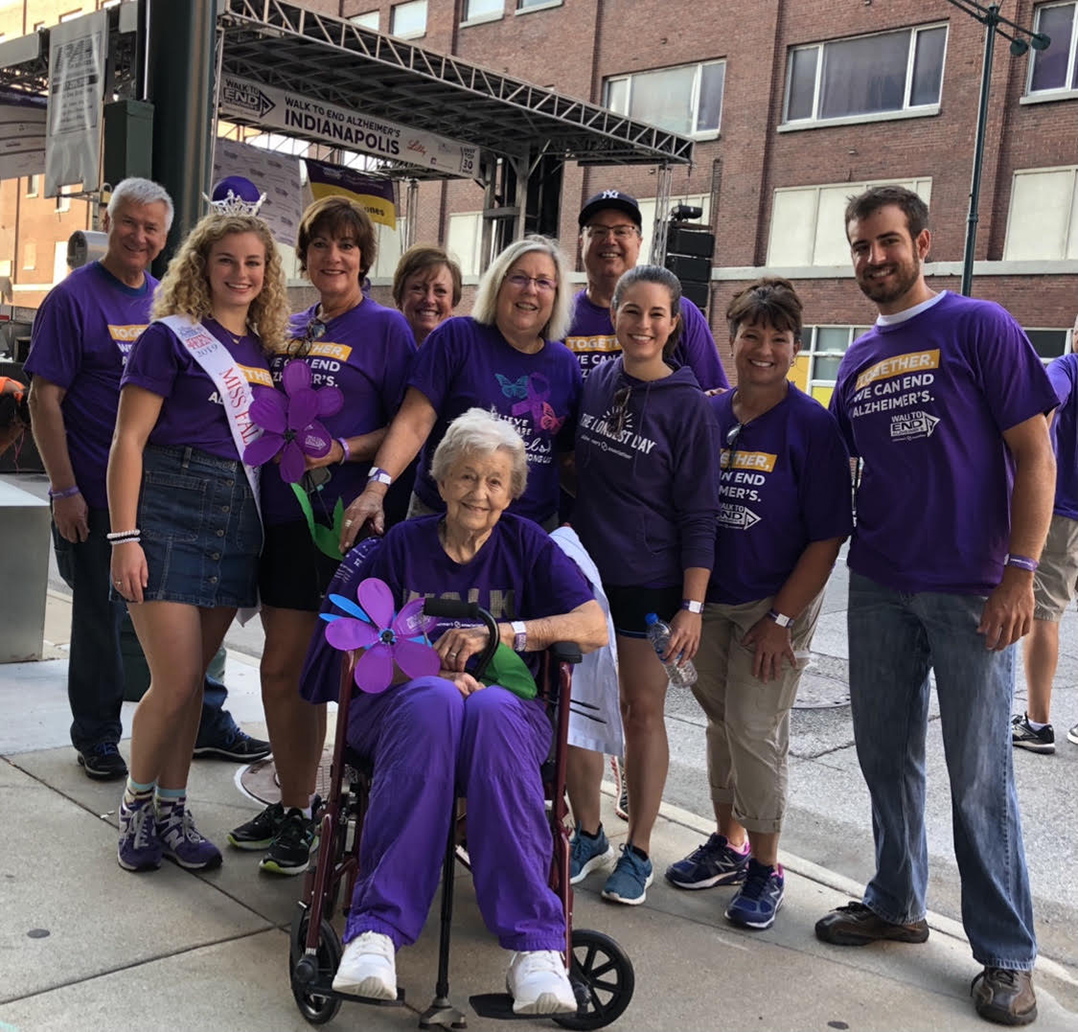 “That’s how we bonded,” said Sara, who works for Procter & Gamble in Cincinnati.

While at Indiana University, Sara rode in the Women’s Little 500 for Delta Sigma Pi, a business fraternity.

“My dad would come down and ride with my teams,” Sara said.

Ned grew up on a farm.

“If I wanted to go anywhere, I had to ride my bike,” he said.

So, naturally, creating a charity ride for Alzheimer’s fundraising made perfect sense.