You are at:Home»Current in Fishers»Fishers Cover Stories»Rockin’ out: Fishers School of Rock house band to perform in prestigious festival in Lisbon

Thirteen students in the School of Rock Fishers house band will have the chance to be real rock stars in late June when they step on stage in Lisbon, Portugal.

School of Rock house band is an audition-only program offered by the organization for advanced students ages 13 to 18.

“We will do all kinds of local gigs throughout the summer, but the biggest thing this year is that our house band is getting to go to Europe to play in the Rock in Rio festival,” School of Rock Fishers general manager Mandy McFarland said.

The Rock in Rio Festival, which features bands and artists such as Muse, Duran Duran, Jason Derulo and Post Malone, partnered with School of Rock to provide bands the opportunity to perform at the festival. There are more than 300 School of Rock locations worldwide.

Keyboard player Rita Haas, a 16-year-old Fishers High School student, is a first-year member of the School of Rock Fishers house band.
“(House band) is a step up from the regular gigs we play for School of Rock,” she said. “You have to audition and work really hard, and it’s a great opportunity to play music with more like-minded people. If house band is a step up from regular School of Rock, (Rock in Rio) is a whole jump up. It’s crazy performing on stage with actual musicians.”

Students will reap more than a musical experience when they travel to Europe. McFarland said the band will take full-day tours of Madrid and Lisbon and will perform a show at a venue in Madrid.

“It’s definitely crazy,” said Sealls, who plays guitar. “It’s a dream of all of ours. All of our heroes play over there. It should be a great experience.”

To purchase tickets for the May 14 fundraiser, visit eventbrite.com/e/rock-the-lot-for-rock-in-rio-fishers-school-of-rock-house-band-fundraiser-tickets-307094025497?aff=ebdssbdestsearch. 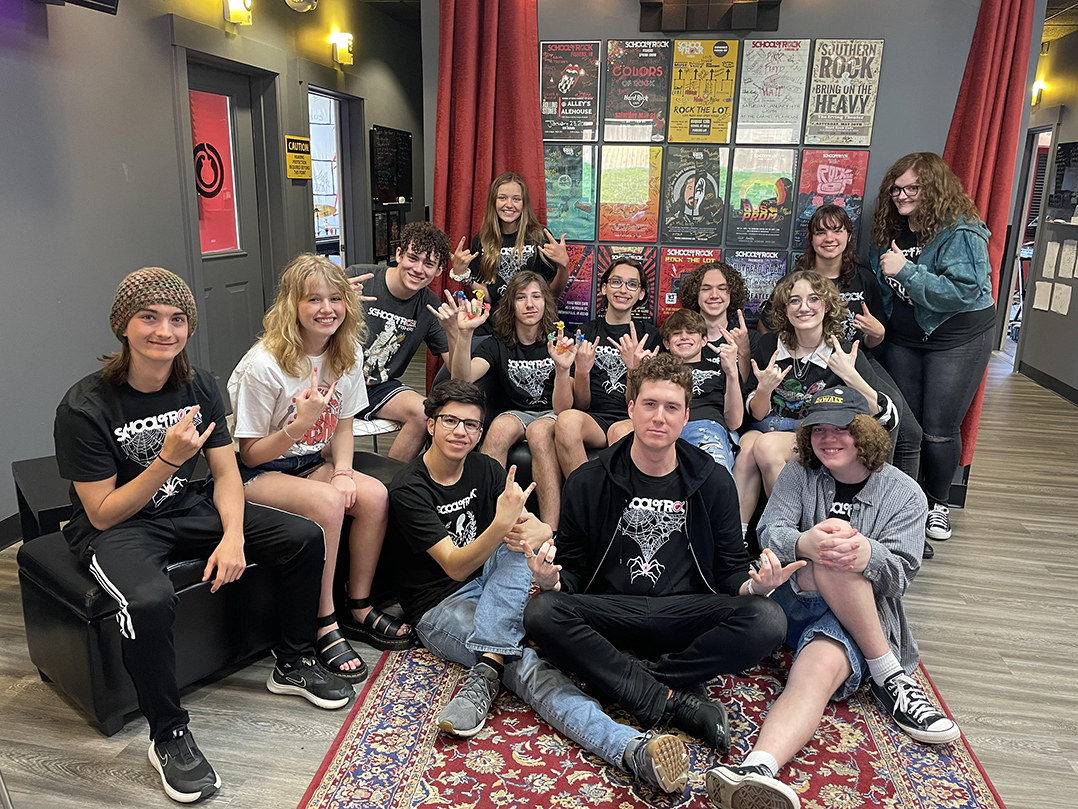 School of Rock Fishers house band will travel to Lisbon, Portgual, in June to perform in the Rock in Rio music festival.

About School of Rock

School of Rock is a worldwide program with a song-first approach to learning to play music. Each student takes a weekly 45-minute private lesson and rehearses with the School of Rock band.

“At School of Rock, our two mottos are we are not teaching to put on shows, we are putting on shows to teach,” School of Rock Fishers general manager Mandy McFarland said. “We are teaching kids to rock both on stage and in real life. At School of Rock, music is the last thing. It’s what brings everyone together and unites them and gives them something fun to engage in with one another, but we are offering a safe place for kids and teenagers to come hang out and be who they are and have their own community.”

House band is an audition-only group for advanced students ages 13 and older.