You are at:Home»Current in Carmel»Carmel Community»Carmel High School’s Mathison reflects on impressive double at state meet

Everything went according to plan at the IHSAA state track and field meet for Carmel High School junior Kole Mathison.

“The plan was always to double at the state meet,” he said. “There was consideration of possibly doing the 1,600, 800 double which would’ve freed me up to run the (1,600 relay),” Mathison said. “But we made the right decision and wrote workouts accordingly. I felt strong and confident that I’d be able to complete the double and raced how I wanted to at state all through the tournament, which was to go hard in the 1,600 and come back and be able to finish strong in the 3,200. The workouts we ran prepared me to run at my best come time for state.”

Mathison said his mindset improved just before the postseason started.

“I’ve been enjoying the ride and adventure of the season way more than I was early on,” he said. “Early in the season, I was chasing performance and times instead of just enjoying myself and my teammates. It put too much of a weight on my shoulders, and I had to find a way to get rid of it. I took time to reset mentally and emotionally and going into the tournament all I wanted to do was have fun, and I did just that. So, because I’ve enjoyed the sport I love so much more, I feel that it’s helped put me in the best shape of my life. The workouts and training helped, too, but it was definitely more than just the physical side of things.”

Mathison was plagued with nagging injuries during cross country season and ended up fourth in the state meet in October 2021. Mathison went on to finish fifth in the national Eastbay Cross Country Championships after the season and was named the 2021-22 Gatorade Indiana Boys Cross Country Player of the Year.

“The small things that would pop up here and there to interrupt my season made me appreciate being healthy on a consistent basis,” Mathison said. “I still had an amazing season despite the setbacks, but it definitely feels good to have had a more smooth track season.”

The next goal for Mathison is completing a 4-minute mile.

“Whether that comes this year, or the next, or sometime down the road, I definitely believe I’m in the shape to do it right now, but I just have to find myself in the right race at the right time,” he said. “Soloing 4:04 (in the 1,600) shows that I can push myself quite a ways, but having others in front of me would make a huge difference. I’m excited to see how far I can push myself.”

The future looks bright for the CHS girls track and field team with some talented returnees. 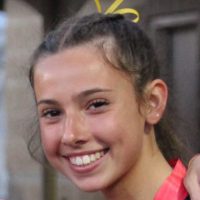 “Olivia is just an athlete,” CHS girls track coach Aaron McRill said. “She’s strong, quick and has endurance. She’s also every coach’s favorite word, ‘coachable.’ She’ll do whatever is asked of her. She can run anything from 100 meters to 1,600 meters well, but she really enjoys running the 400 meters. Olivia also plays soccer in the fall. A lot of times your best mid-distance runners are current or former soccer players. It’s that mix of quick speed and endurance that go hand in hand. Olivia is a gamer and shows up when it matters. However, my favorite thing about her is her attitude. She loves her team and runs hard for her team.”

Another promising freshman is Emily Norris, who competed in track and field for the first time since sixth grade. 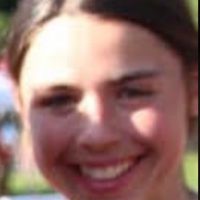 “She’s a really good talent,” McRill said. “She did not make it to state in an individual event, but our (400 relay) team made it. Our regional is ridiculously tough. She would have won a few regionals in the 100 meters with her times, but those are the cards we are dealt. She’s also a very good long jumper. She definitely has a lot of potential to do well in a few events. There was a lot to take in her first year, but she handled it well.”

“I have no doubt Emily will grab that record as well,” McRill said.