Lobster Palooza, a fundraiser for Indianapolis Opera, is set from 5 to 9 p.m. July 17 at Daniel’s Vineyard in McCordsville. This is the 12th annual Lobster Palooza, which returns to Daniel’s for the second consecutive year. 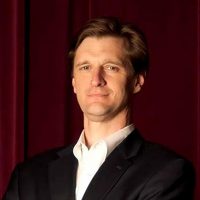 “It’s a beautiful landscape, very scenic,” Starkey said. “There is a lake and yacht influence in putting that seacoast flair to things, which is like Italy. Even though this is an authentic Maine lobster bake because it is done by these great caterers that specialize in these type of events, there is an opera spin on it and it can turn into a mini-Italian festival event. That was one of the nuances that was so attractive to everyone coming last year and why we’re getting a good response already. They have a fine, mature winery.”

Lobster Bakes is the caterer from Cincinnati.

“They do all the cooking the day of the event,” Starkey said. “The way lobster prices are this is going to be one of the most affordable lobster meals you can get.”

Dinner and dancing will be presented under a large festival tent.

“We’ll have dancing under the stars,” Starkey said.

Starkey said the event location will give guests and opportunity to see how unique the venue is.

“It’s nice to have a partner like this with the arts in general,” Daniel’s Vineyard owner Kim Cook said. “It’s taking a specialty in the arts world and a specialty in the agriculture world that a lot of people don’t even really know about. Most people don’t know we can grow grapes in Indiana. It’s really special to expose the vineyard to the city of Indianapolis because Indianapolis Opera’s membership comes from the entire city.”

Cook said the plan is to make the event a little different from last year.

“I think it was a very unique event compared to what they were doing,” Cook said. “We want to keep it fresh.”

Tickets, which are $200 a person, can be purchased at indyopera.org. The RSVP deadline for the fundraiser, sponsored by Current Publishing, is July 8. For more, visit indyopera.org.