You are at:Home»Road Construction»146th Street bridge over U.S. 31 to close for bridge maintenance 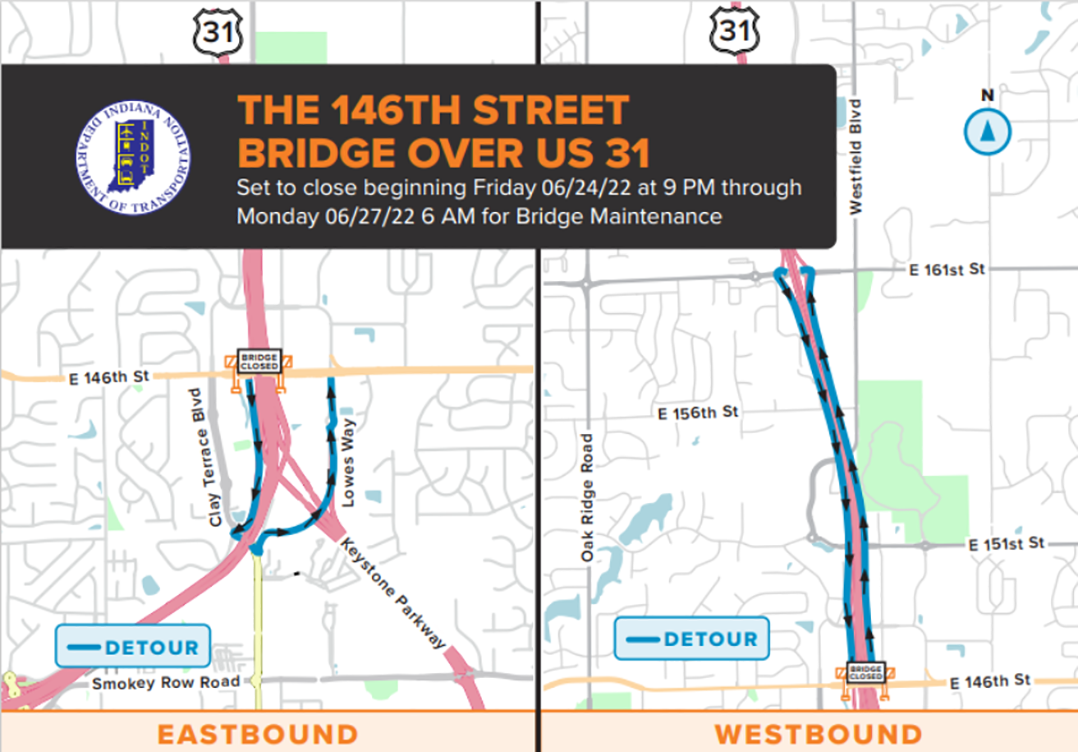 INDOT contractor Weddle Brothers will put a polymeric overlay on the bridge deck to protect the surface from water and road salt damage. This overlay is expected to extend the life of the bridge deck by 10 to 15 years. The project is under the same contract that involves the 161th St. bridge over U.S. 31 that will close after the completion of the roundabout at 161st Street and Union Street.

The official detour route for the East and West bound through traffic on 146th St. will be:

All projects are weather-dependent and schedules are subject to change.