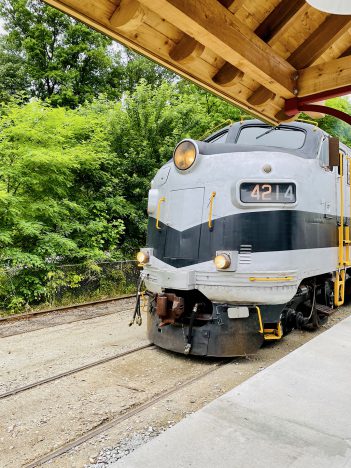 The Nickel Plate Express pulls into station during a June 10 VIP event to commemorate the Hobbs Station renovation. (Photos by Anna Skinner)

The focal point is the historic Hobbs Station, which was built alongside the Nickel Plate railroad in Tipton County in 1948 and moved to Forest Park in 1967.

Noblesville Parks & Recreation Dept. Director Brandon Bennett said the covered boarding platforms will make the Nickel Plate Express easier to board during its popular holiday rides in the winter.

“In my opinion, one of the main attractions of this whole thing are the new boarding platforms with canopies,” Bennett said. “It’s more of the experience of boarding the train and provides access to the train. It’s much improved and the platform can load directly onto all four (train) cars.”

“The train is here and it’s here to stay,” Bennett said. “We want to look to the future, remember the past but focus on the future and what our opportunities are here with it now. It’s been a long road to get here. We are most excited about reintegrating this part of the park back into Forest Park.”

The recently completed project checked an item off of Mayor Chris Jensen’s to-do list. “Renovating Forest Park Depot at Hobbs Station was one of my top priorities when I took office in January 2020,” Jensen stated in a press release. “Trains have had a significant history in Noblesville, and this project shows our commitment to keeping that heritage and giving it a new life.” 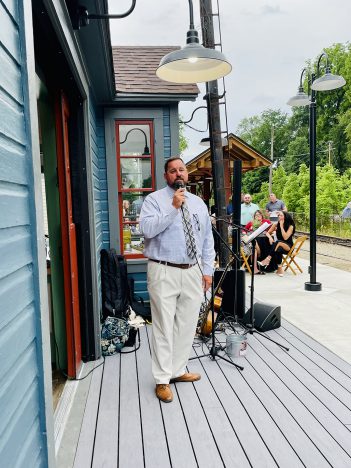 The investment goal is to capitalize on the Nickel Plate Express, operated by the nonprofit Nickel Plate Heritage Railroad Inc., which began running excursions on the 12.4 miles of track between Atlanta and Hobbs Station in 2019

“Hobbs Station will be a central landing point for visitors who may come for the train, but stay in Forest Park for the pool, golf course and historic carousel or visit our nearby downtown for our variety of stores and restaurants,” Jensen stated.

Nickel Plate Heritage Railroad took assumed operations of the Nickel Plate Express after the previous operator, Indiana Transportation Museum, was evicted from the site in 2018. The city was first notified of environmental complaints about ITM in 2017. Following state inspections, the city worked with the Indiana Dept. of Environmental Management to restore the site. Since the clean-up effort began, 95 percent of the coal ash and bad soil that was left on the site has been mitigated and removed. More than 10,000 tons of bad materials have been removed from the site, making it safe to reopen the ground as greenspace inside the park. 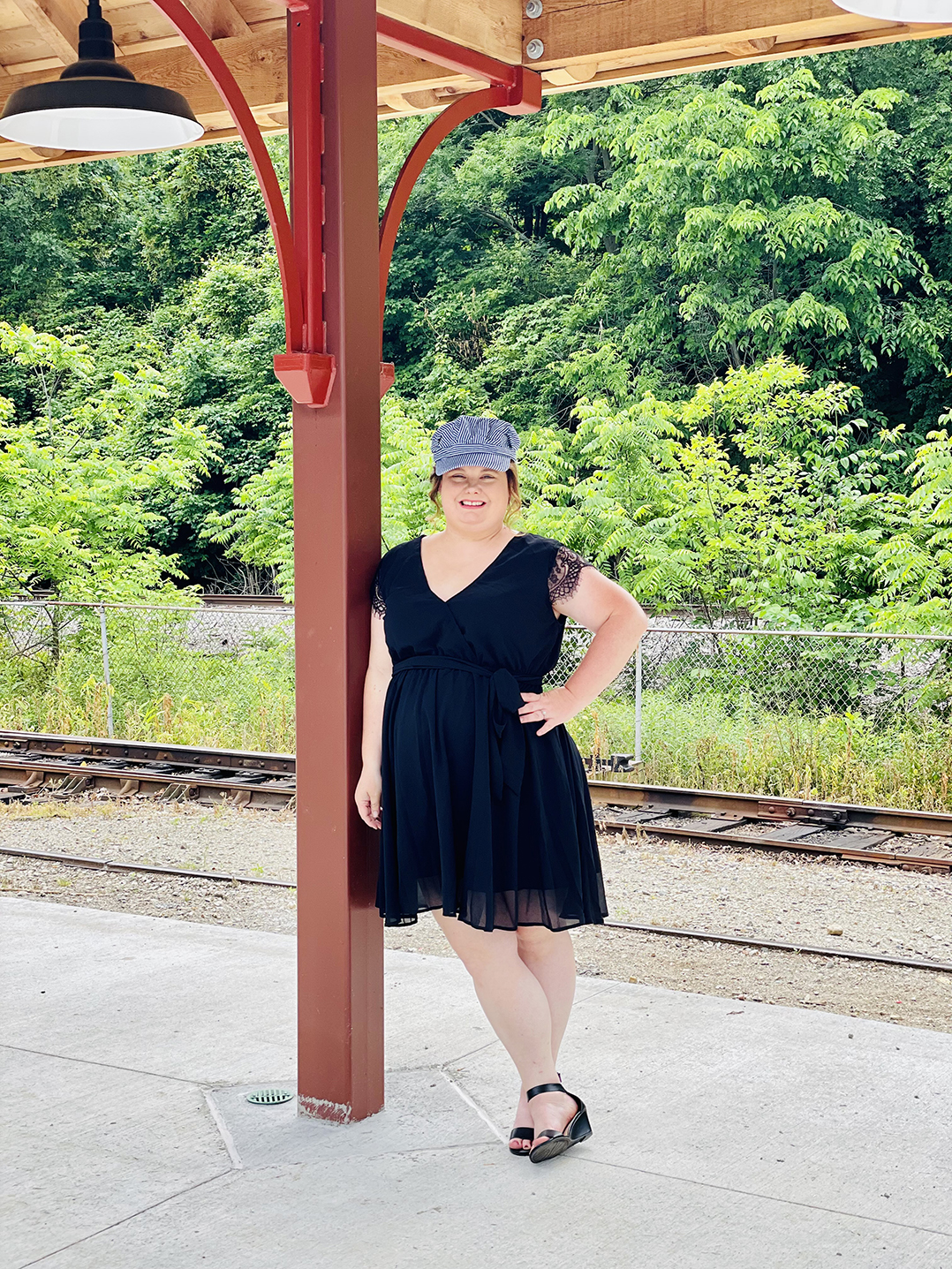 Nickel Plate Heritage Railroad Director Emily Reynolds has been involved with the train for only three months but already has a major project under her belt: opening the renovated Hobbs Station June 11.

“None of this would have been possible without the amazing partnership and support of the City of Noblesville,” said Reynolds, a Noblesville resident who joined Nickel Plate Express in March. “We are so fortunate to have them believing in us and supporting us.”

Fired up: Spark!Fishers set to kick off summer