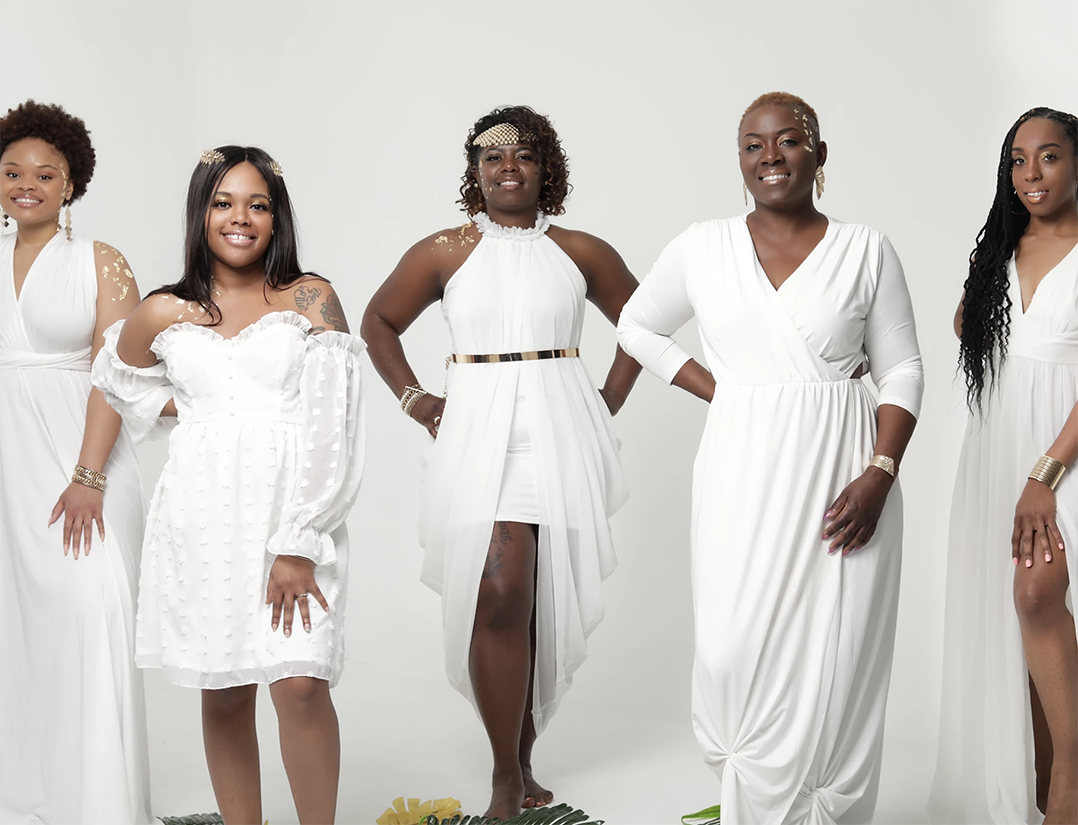 Teresa Clay’s life has been packed in recent weeks with many wonderful, surprising moments. She’s enjoying the journey that life’s taking her on.

But that wasn’t always the case for the Lawrence resident, who was recently crowned Miss Indy Juneteenth.

Clay grew up in St. Louis, where she said she suffered abuse at a young age that left her traumatized. She was put into foster care as a teenager. She said her time in foster care that helped mold her into the person she is today. 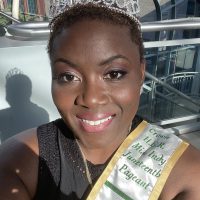 “(Foster care) was a second chance at life,” Clay said. “And I’m telling you, ever since then, I just don’t take any second for granted. I know that I’ve been given a second chance.”

Now 42, Clay continues to capitalize on that second opportunity. She was crowned Miss Indy Juneteenth on May 29 at Marian University in Indianapolis. The event was presented by Indy Junteenth, Inc.

“I think I stood up there for like 30 seconds with my mouth open,” said Clay, who has done some modeling in the past but had never competed in a pageant. “There are no good pictures from that moment.”

According to the Indy Juneteenth website, the pageant’s mission is “to celebrate the Black woman in all of her shades, curves, and magic.” This was the second year for the pageant. Juneteenth is a federal holiday celebrated annually on June 19 and is dedicated to celebrating the liberation of Black Americans from slavery.

The Miss Indy Juneteenth Scholarship Pageant is among the events held in the Indianapolis area to celebrate the holiday.

One of Clay’s focuses for the competition was to celebrate her heritage. For the creative portion of the contest, she wore a cape that was inspired by her ancestry. She wore a handmade African garment under the cape.

“My goal was to encourage people to do their AncestryDNA, to truly get to know who they are and to embrace who we are, and that’s something to be proud of,” said Clay, a single mom who works as a licensed optician.

Her search on AncestryDNA.com did more than shed light on her heritage. Clay had a sister she was unaware of. They have the same father.

“That was a journey, but she is now one of the closest people in my life,” Clay said. “She’s really truly brought (my family) together. It’s been an amazing journey.”

Winning Miss Indy Juneteenth was another giant step for Clay in moving on from her difficult childhood.

“For a long time in my life I felt unseen,” Clay said. “I felt unseen, and that’s what childhood trauma can do. It makes you feel like you’re just in the background of life.”

Clay said she wants to let others know that moving past trauma is possible.

“It’s an ongoing healing, but you can do it,” Clay said.

Clay will be part of an upcoming documentary, “Take Good Care,” which will showcase the different lives of individuals who survived childhood trauma. The project is being produced by Vanessa Roth and Alexandra Gray, who also directed 2001’s “Close to Home,” another film that Clay was involved with that addresses childhood abuse. The new documentary will be released on a streaming platform when it’s ready,, according to Clay.

Clay appreciates Juneteenth because the holiday celebrates African Americans moving past traumatic experiences, as she herself has done. And while there is cause for celebration, Clay said improvement still needs to be made so that Black communities may thrive.

Clay said she encourages everyone to participate in Juneteenth celebrations. She said that change will start to take place when people aren’t afraid to know their neighbor, even if that neighbor has a different skin color, a different cultural background or a different life experience.

“Get to know us,” Clay said. “Get to know our culture. Come out. Be a part of what’s happening. That’s love. Love is that you can celebrate with me.”

For more, visit indyjuneteenth.com/. Teresa Clay can be followed on Instagram @teresalovesall.