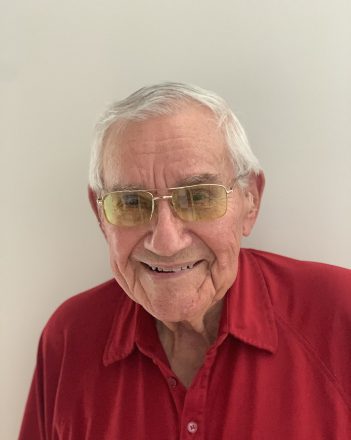 There are only two known students of Advance School still alive, and 94-year-old Bob Shue is one of them. He was the son of a preacher and grew up hunting and fishing to help support his large family.

Shue attended Advance for 12 years and after graduating went straight to work at Winkler’s in Lebanon. He remained with the company, moving up the professional ladder to higher positions.

During the Korean War, Shue was called into service and was a dedicated member of the U.S. Army. Within 13 months, he was promoted to master sergeant — the highest rank of a noncommissioned officer.

Recipe for success: Perseverance and knowing that you can do it

Describes himself: Man of God

Hero: Brother, John, who was killed in a plane crash on a bombing mission during World War II in 1944

Best memory: Family gathering around and singing while his mother played “Count Your Blessings” on the piano

Do you know an interesting character who lives, works or worships in Carmel? Send suggestions to sgattlieb.currentincarmel@gmail.com.