For Dr. Louis Janeira, the adage of writing what you know best rings true.

The Carmel cardiologist frequently has a medical undertone in his books and plays. “The Ambush” is no exception. His medical murder mystery play is set for performances July 1-3 and 8-10 at The Cat, 254 Veterans Way, Carmel. 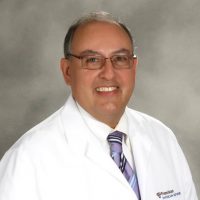 “Most of my work, books and plays have a medical undertone,” said Janeira, who writes under the pen name Dr. L. Jan Eira. “I got the idea for this play from a medical murder mystery novel I published years ago, ‘Still,’ and thought it would make a good story to be told on stage.”

Janeira said the plot centers on Dr. Amy Sinclair and her police detective husband, Ben, facing the unthinkable when their strapping young son, Billy, collapses on a soccer field, a victim of apparent poisoning.

“They soon discover their boy was given a toxin with no known cure,” Janeira said. “Despite the medical staff’s best efforts, their son is given 10 to 12 hours to live, and a frantic search for an antidote begins. As police investigate the strange crime, evidence comes to light connecting it with a series of other unsolved murders that all point toward Dr. Sinclair as being the next victim.

“While the doctors work fast to design a cure, the police search diligently for the poisoner, who is believed to have the antidote on him. Will they be able to work fast enough against time to save Billy?”

The show has a cast of eight.

“I have completed 11 full-length plays and 19 short plays,” Janeira said. “I’m currently working on three full-lengths and I’m always writing short plays. Often, the full-length begin as short plays, typically 10-minute plays, that I later expand. Seeing my work on stage is a better feeling than any drug out there.

“It’s like seeing your kids doing something amazing. I think of my plays as my kids.”