You are at:Home»Current in Westfield»Westfield Community»Westfield rejects second-class city designation

City officials in Westfield have rejected a proposal to adopt a new government structure that would have resulted in the addition of two city council members and other changes. 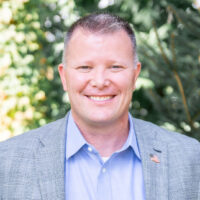 The Westfield City Council voted 6-1 during its June 27 meeting to deny moving the city from third-class to second-class. City Councilman Scott Willis was the only official who voted in favor of the proposal.

The move now means that Westfield will remain with five district council members and two at-large under its current designation. If Westfield had opted to move to second-class status, it would have increased the total number of council members to nine – six members representing their respective districts and three at-large members.

Officials had sought the shift from third-class to second-class because of its growing population. Indiana Code indicates that cities with a population between 35,000 and 599,999 can be in the second-class category, although changes in population don’t automatically move municipalities to new classes. Mayor Andy Cook previously said the change was being pursued because of Westfield’s population surpassing 35,000 people, adding that the business needs of each city department have also changed because of growth.

The vote also means other proposed changes won’t take effect as well. Under a second-class city designation, the clerk-treasurer’s position would have been eliminated and replaced with a city controller, which is a mayor-appointed position.

In addition, the mayor can break ties under Westfield’s current third-class city status, but that would have ceased under the proposal that was considered by the council. Hamilton County cities such as Carmel, Fishers and Noblesville have all adopted second-class statuses in recent years.

City Councilman Mike Johns offered a brief comment following the council’s vote and said he didn’t think it was the right time to make the change.

“I think at some point in time we should be a second-class city,” he said.