When Realtor Carrie Holle decided to focus her work on the luxury home market in Carmel, other real estate experts advised that her focus might be too narrow.

It was a risk she was willing to take.

“I thought, if I’m going to do this, I’m going to really do it. I’m going to become the Carmel expert, and I’m going to hyper-niche myself to Carmel,” Holle said. “Instead of being a generalist, I wanted to be a specialist.”

Several years later, that decision is paying off. Holle’s office anticipates selling close to $100 million this year, and within the last few months she’s been selected to list several high-profile homes, including the historic Eiteljorg home and homebuilder Paul Shoopman’s property in Carmel, as well as racing legend Tony Stewart’s $30 million log home and hunting preserve near Columbus, Ind.

Holle is thrilled to list these and other high-end properties, but she and her all-female team want to make the home buying experience approachable and fun.

“We may sell Carmel luxury, but we’re far from stuffy,” Holle said. “We’re fun, we have great senses of humor, we laugh a lot, and we joke with our clients. We’re very laid back.”

Not her first choice

Becoming a Realtor wasn’t Holle’s first career choice. In fact, it was something the Chicago native planned to avoid for a time.

“Ironically, in high school I worked as a receptionist at a real estate company and hated every second of it,” she said.

A broadcast journalism major at Purdue University, she struggled to find a job in that field after graduating. She had a friend who worked as a sales representative for a company that built homes, so she decided to give that a try. This time, she fell in love with the business.

Holle, her husband, Brian, and some friends decided to start their own company, Easy Street Realty (now known as Highgarden Real Estate), which began operating in 2000. Holle worked there until taking a 10-year hiatus from her career to raise her young children, who are now 20, 18 and 16.

In 2015, Holle opened an office on Main Street in Carmel’s Art & Design District. Although it’s not a traditional location for a real estate office, Holle said pedestrians often stop to look at the home listings posted in the windows and walk in to inquire about them or chat.

As Holle hyperfocused on Carmel’s luxury market, she realized that she could improve her services by becoming affiliated with a nationwide real estate firm with the same focus. She’d long been interested in high-end real estate firm Compass but didn’t think its leaders would be interested in doing business in Indiana. However, in 2021 they expanded to the Hoosier state, and Holle was the first Realtor to join their team.

“That really just gave me a hyper-boost,” Holle said.

‘My favorite thing I do’

Holle said she’s been able to further improve her knowledge as a Realtor by serving on the Carmel Plan Commission, a board with nine voting members that reviews new development and other proposals to help manage city growth.

“I love it. It’s probably my favorite thing I do,” she said. “It’s a challenge for me, so it makes me learn and grow. I feel like I’m leaving my legacy a little bit. Some of the things we do in plan commission I feel 50 years from now we can look back and say, ‘I had a hand in that,’ and that, to me, is super special.”

Holle has served on the commission since 2018.

“It gives me more of a depth of knowledge about real estate than the average Realtor would have,” she said.

“Carrie is an example of a businesswoman with tremendous entrepreneurship, and she has built a very successful business on Main Street in our Arts & Design District,” Brainard said.

A Carmel resident for nearly 30 years, Holle enjoys telling others about the benefits of living in her hometown. 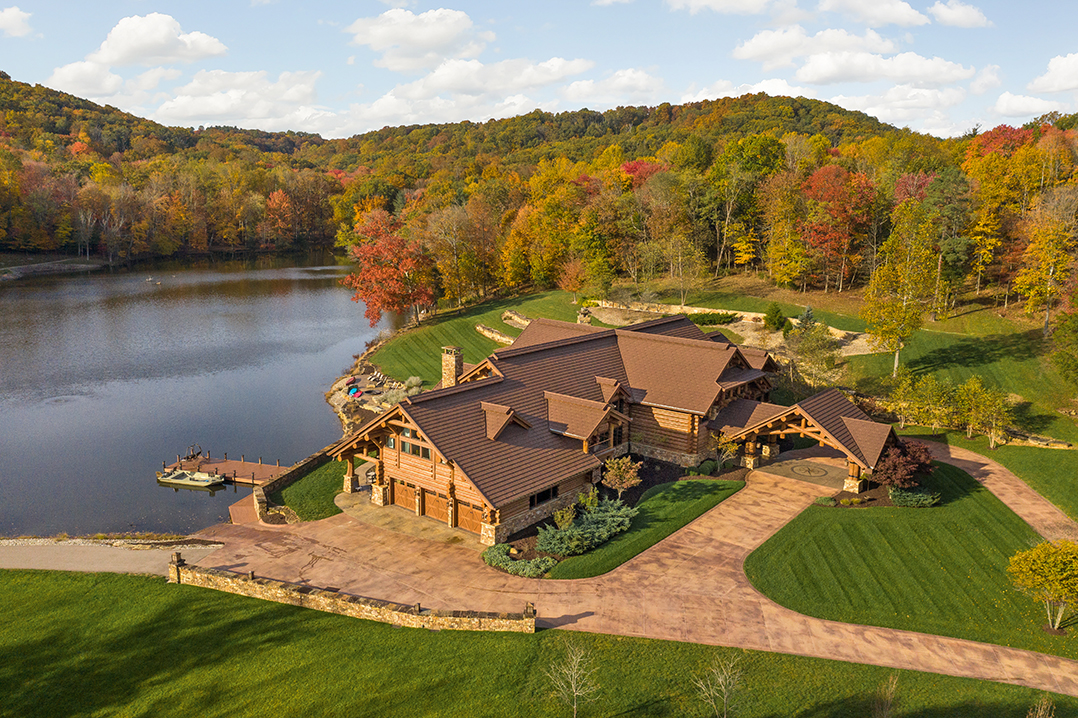 Where: Near Columbus, Ind.

About the home: The 415-acre property owned by NASCAR champion Tony Stewart includes a 20,000-square-foot home built in 2011 with an 8,700-gallon aquarium, floor-to-ceiling views of a lake and woods and a plethora of entertainment options.

Carrie Holle’s take: “It’s probably the most exceptional property I’ve ever been in. You walk in and immediately you hear the waterfall. Then you cross over a stream that he has stocked with giant koi.” 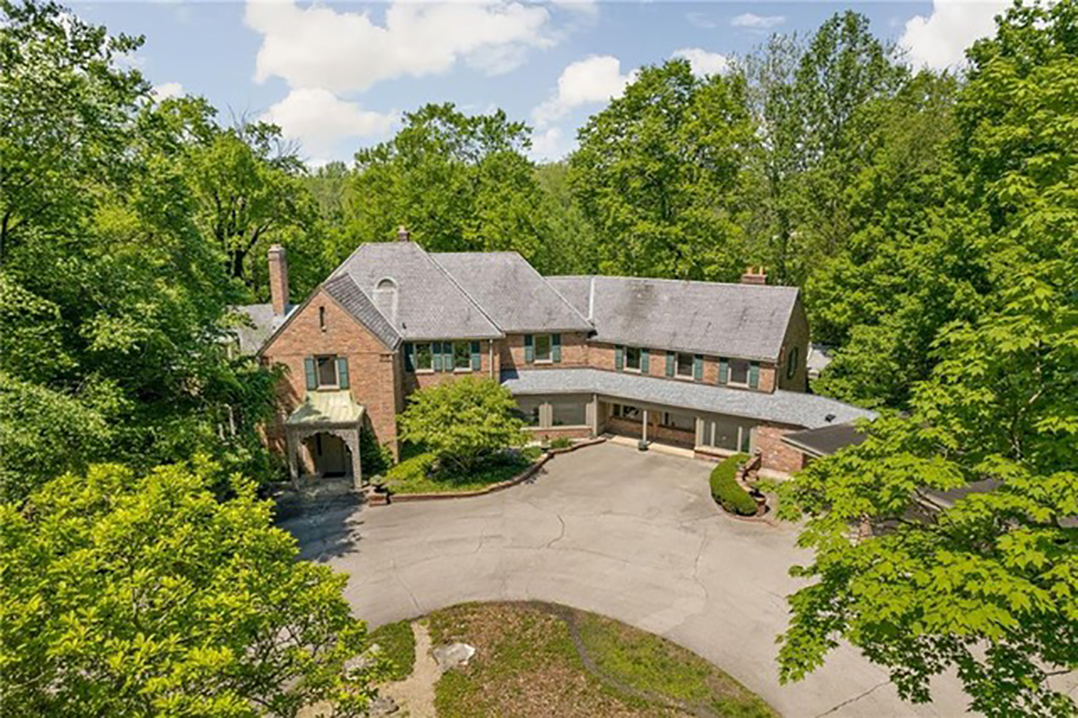 About the home: The 6,600-square-foot home once owned by Harrison Eiteljorg, who founded his namesake museum of western and Native American art in downtown Indianapolis, includes panoramic views of nearby woods, multiple fireplaces with original carvings and a sunroom overlooking an in-ground pool. The home was built in 1940.

Carrie Holle’s take: “It is a rich piece of history and most of the home’s original appointments have been beautifully preserved.” 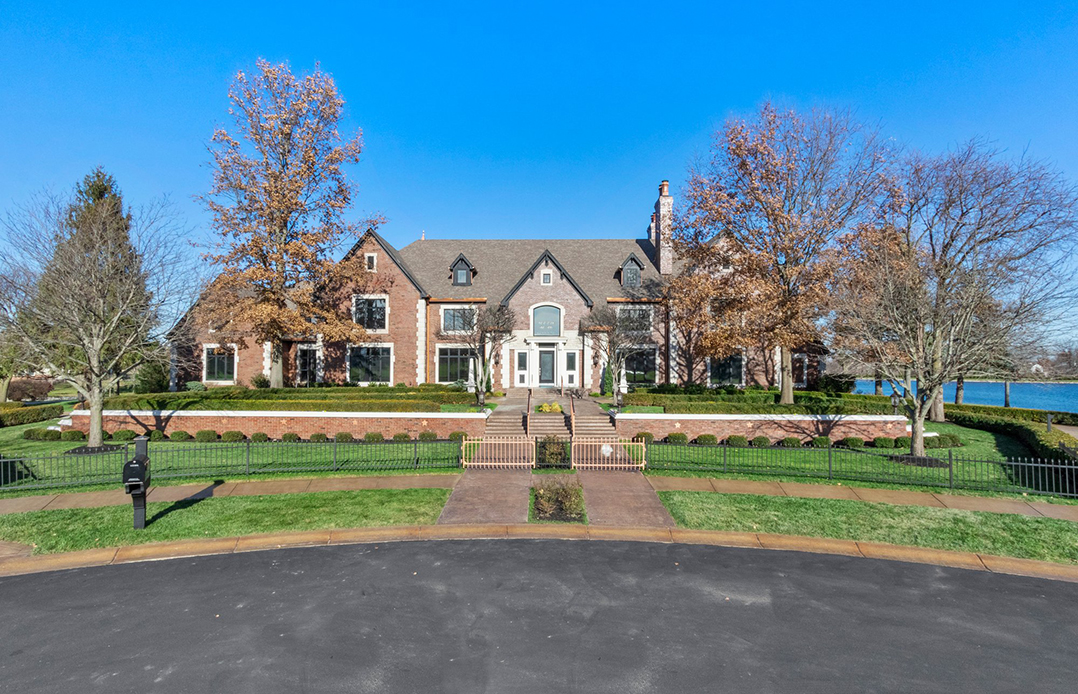 About the home: Owned by homebuilder Paul Shoopman, the 26,350-square-foot newly remodeled home on a private lake includes indoor and outdoor pools, a three-story elevator, five-car garage and two-lane bowling alley. It was built in 1991.