You are at:Home»Current in Noblesville»Noblesville Community»Noblesville school board approves joint agreement to administer career, vocational training

Noblesville Schools has approved creating a joint services agreement for the administration of career and vocational training for students.

The agreement between the Hamilton County Center for Career Achievement and Noblesville Schools will be in conjunction with five other school corporations within Hamilton County. Under the proposed plan, classes would be offered at each respective school, allowing students from across Hamilton County to access such courses, said David Day, an attorney and partner with Church, Church, Hittle + Antrim.

Under the proposed agreement, a governing body consisting of six superintendents would be created, while decisions would require approval by a majority of the board. The day-to-day administration would be handled by Westfield Washington Schools, which would employ an executive director and other staff needed to administer the program, according to Day.

Costs would be allocated based on a formula approved by the governing body and primarily based on enrollment, according to Day. Students in all Hamilton County school corporations who have sought career and vocational education have attended classes at the J. Everitt Light Career Center in the Metropolitan School District of Washington Township. 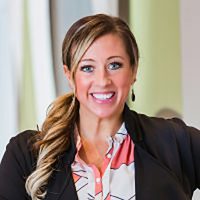 Officials hope to get everything up and running in time for the 2023-24 school year, said Carrie Lively, executive director for the Hamilton County Center for Career Achievement. Lively said offering programs locally will expand opportunities for high school students.

Lively said Noblesville Schools conducted pilot programs this past school year, one of which involved 25 to 30 high school students from Noblesville and Hamilton Heights in Arcadia working on advanced manufacturing coursework. The pilot program helped students identify what advanced manufacturing is and learn about the skills necessary while connecting them to employers within the sector, Lively said.

Lively added that there was a resurgence of interest among students, noting that Noblesville Schools has added more classes tied to advanced manufacturing for the next school year with a particular focus on automation and robotics in the manufacturing sector.

Lively also said under the proposed agreement, students would be able to attend different schools offering courses in areas that they might be interested in that might not be available at their own school.

Lively noted the overall program will benefit not only local students, but employers as well once it is in place.

“I think the benefit is substantial,” she said. “Not only are we giving students deliberate career exposure and career experience, we’re giving them credentials to be able to go into the world of work, but we’re also giving them the opportunity to decide what their next step is going to be.”