Update: Relay for Life has been canceled today because of the weather forecast. The team is meeting next week to discuss other dates.

The 2022 Relay for Life of Hamilton County is set for 4 to 10 p.m. July 15 at Grand Junction Plaza in Westfield. The annual event is the signature fundraiser for the American Cancer Society. 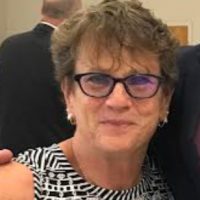 Relay for Life Chair Janet Lome has been involved with the program since 2005 in a variety of committee roles.

“(Co-chair) Shannon Hamerin introduced me to Relay in 2004. I was hooked,” Lome said. “Shannon and I chaired Relay for years. By 2014, with our amazing committee and participants, we had raised $1 million.”

The relay also has a personal meaning for Lome, who was diagnosed with Stage 2 breast cancer in January 1997.

“I had a mastectomy and six months of chemo,” Lome said. “I met Shannon at a breast cancer support group in February of 1997. We have been best friends ever since. She was diagnosed in 1996 and 2004 and remains in remission.”

In January 2005, Lome learned her cancer had metastasized to her liver with four tumors and a mass in her iliac bone. It was Stage 4.

“Standard radiation on my iliac bone, six months of chemo, with the last two being two five-day stays in the St. V’s cancer ward, then radiation for the tumors left in my liver,” she said. “In December of 2008 I was diagnosed again, Stage 4, with three inoperable tumors above my pancreas. I was in remission by April of 2009 and have remained in remission since then. I am in the less than 1 percent of survivors.”

The first lap of the event has special meaning for Lome because features cancer survivors circling the track to celebrate victory over cancer.

“As a three-time survivor, it is really emotional as the other participants line the walkways and clap,” Lome said.

The Relay – which does not have a fundraising goal this year – has had a different look since the COVID-19 pandemic started.

“We were late starting (this year) due to COVID, then one other committee member’s brother died suddenly, then my mother passed away,” Lome said. “Our goal is to gather our participants, raise money, celebrate and honor our survivors, remember those who we have lost and to have a great time.”

Register for Relay for Life at relayforlife.org/westfieldin. For more, email Lome at janet.lome@pearso.com.