This musical is the perfect fit for Sally Scharbrough, for more than one reason.

Scharbrough plays the role of Jennifer and is part of the ensemble of Beef & Boards Dinner Theatre’s production of “Escape to Margaritaville” Aug. 18 to Oct. 2 at the Indianapolis venue. The musical comedy, written by Greg Garcia and actor Mike O’Malley, features Jimmy Buffett’s songs. 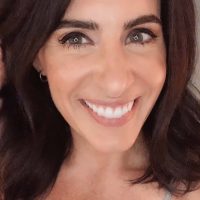 “I’m excited to share this show with the audiences. They’re really going to love the high energy and fast-paced songs and dances as well as the funny and poignant script,” Scharbrough said. “The cast is exceptional, and I’m just amazed with their talent. And who doesn’t love to sing along with Jimmy Buffett songs? I’ve always found the music fun and reminiscent of a carefree summer day.”

The Indianapolis resident is quite familiar with Buffett’s repertoire because her uncle, Tom “T.C.” Mitchell, was a saxophonist for Buffett’s Coral Reefer Band from 1994 to 2005. Mitchell performed on 15 of Buffett’s albums.

“Seeing and hearing my uncle follow his passion and succeeding in an industry that can be tough has been an inspiration to me all my life,” Scharbrough said.

Mitchell finds it fitting that his niece is now in a musical featuring Buffett’s songs. 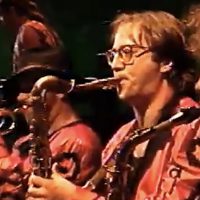 “Life is chock-full of coincidences,” he said. “Of course, I can only chuckle at the idea of my dear niece also coming into contact with Mr. Buffett’s world. I enjoyed my time as a Coral Reefer and wish her, and (Beef & Boards) audiences, a

‘Lovely Cruise’ as well. Speaking of wheels within wheels, I remember Beef & Boards well from

seeing shows there as a kid.

“In fact, I attended a concert there that did a lot to put me on the path toward becoming a musician. This is all happy stuff to ponder.”

Scharbrough, naturally, has many favorite tunes.

“I’ve been jamming out to the soundtrack for months,” she said. “Each time the next song starts, I have that, ‘Oh, I love this one’ moment. ‘Son of a Son of a Sailor’ and ‘Come Monday’ are my current favorites.”

The production has not been without challenges, though.

“It’s a challenge in memorization, that’s for sure,” said Scharbrough, whose maiden name is Mitchell. “There’s lots of music and choreography — all to be learned in a very short amount of time.”

“It’s so hard to pick a favorite role, but I loved playing Belladova, Erik’s mother, in ‘Phantom,’” she said. “Other favorites include Patsy in ‘Crazy For You,’ Anytime Annie in ‘42nd Street,’ and Rhoda in ‘White Christmas.’ I also had the opportunity to understudy and perform four shows as Mrs. Banks in ‘Mary Poppins,’ and that was incredibly special to me. It was wonderful being able to do scene work with Eddie Curry. I also loved exploring her character arc as a woman and mother finding her voice and her gumption within her family.”