You are at:Home»Current in Fishers»Fishers Cover Stories»Power of daydreams: Inspired by personal experiences, Hamilton Southeastern student has rare talent for drawing comics

When Jason Funk was a first-grader, he picked up the book “Adventures in Cartooning” and immediately developed a passion – and rare skill — for drawing comics and telling stories.

Now a 16-year-old junior at Hamilton Southeastern High School, Funk has published two comic books since the beginning of the year.

In March, he self-published “The Bus Seat,” which chronicles the main character, who has autism, on a path to independence. The character, Funk said, is a representation of himself and his own struggles with autism. His mom, Julie, said she didn’t realize the story was about her son until she finished reading it.

The comic ends by revealing that main character had been daydreaming his future life on the bus, Julie said. She also said reading the comic is how she and her husband, Adam, realized that Jason’s daydreams are what inspires his comics.

“We found out that his daydreams are actually what are forming his comics,” said Julie, noting that the comic also comic gave them insight into his world and how he views himself.

“He was always just in his own world, and he was thinking and making comics in his head,” Julie said. “So, that’s cool that he can tell us that (through the comic).” 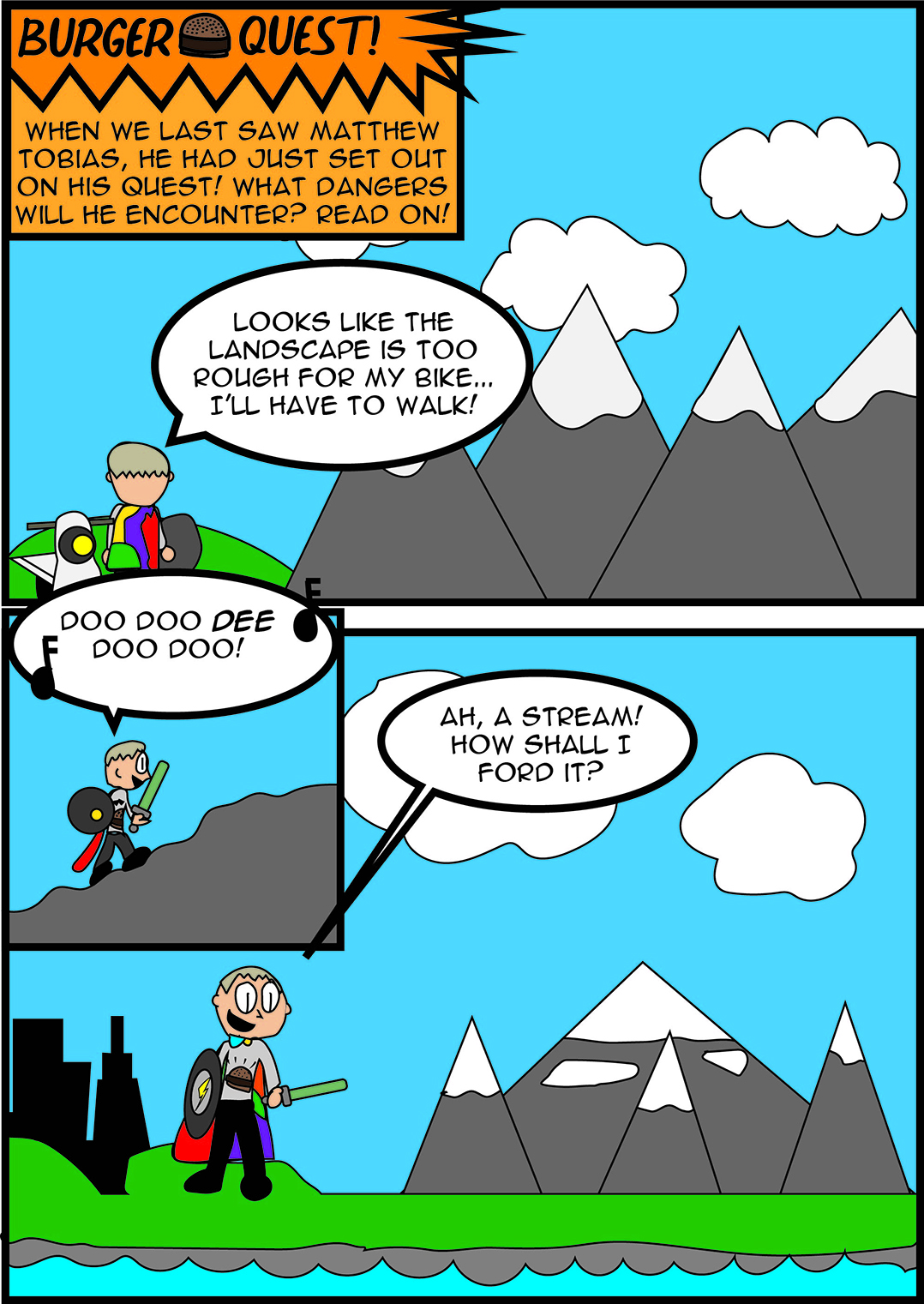 Jason said he constantly creates comics. He never creates drafts but sketches them on paper or his tablet. He said his stories come from the world around him, but most of the ideas come from his head.

That is why his seventh-grade art teacher suggested he participate in the annual Nickle Plate Arts Comic Book in a Day contest. When he went for the first time as a seventh-grader, he was one of a handful of kids surrounded by adult artists. The contest ran all day, and the artists had that time to draw, write and turn in their comics. The deadline was 9 p.m. He turned in his black-and-white comic by 2 p.m.

Jason won an award that year for his comic and drew the attention of comic book artist Yuri Duncan, who told his mom that while Jason’s comic wasn’t in color or as professional looking as some entries, he had a knack for storytelling and laying out comics.

“He’s going to be the biggest thing in comics,” Duncan said. “People just need to watch out because he’s going to change the game. He’s 16 and he’s already published and completed more work than many adults have. He’s so far ahead of the curve and he’s learning to use his autism as a superpower.”

Duncan quit judging a couple years later to become Jason’s mentor and helped illustrate his latest comic, “Merchant of Misfortune.” Duncan said that unlike some comic book artists, Jason draws and writes at the same time. For “Merchant of Misfortune” and “The Bus Seat,” Julie sent him pictures of Jason’s drawings, and Duncan illustrated the drawings digitally.

“He’s like my mentor and we’re really good friends,” Jason said. “He helps me look at drawing my comics and make them look really nice.”

Jason said that making comics is something he wants to pursue as a career.

“Yep. I think this is what I want to do for the rest of my life,” Funk said.

Jason gave a talk about his work Aug. 2 to nearly 4,000 HSE faculty and staff and has visited elementary schools to give demonstrations on how he completes his work.

Funk publishes new work on his website, funkworldhq.substack.com, and his two books can be purchased online at funkworld.onlineweb.shop.  “The Bus Seat” is available for $5 and the “Merchant of Misfortune” sells for $10. 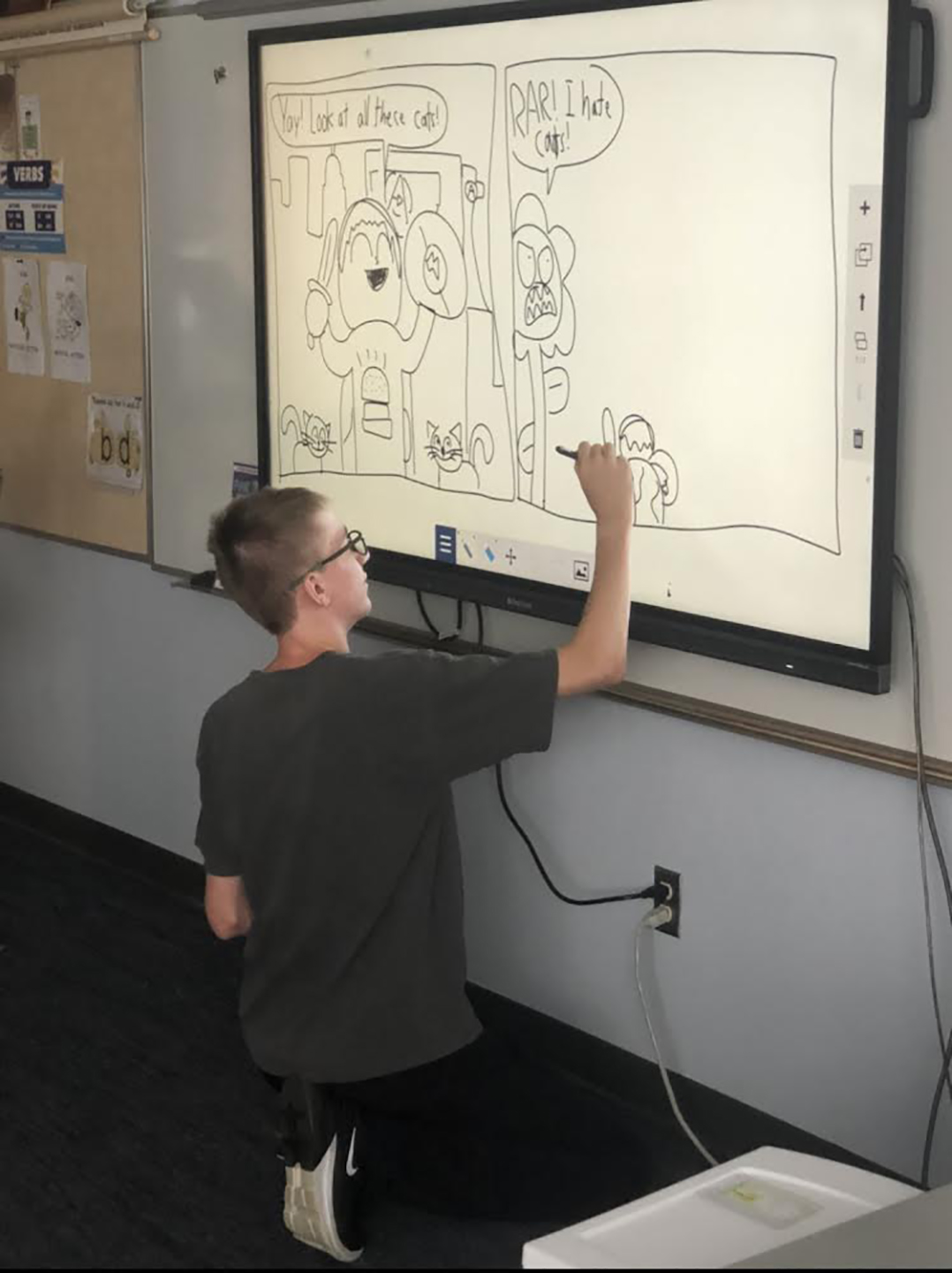 Jason Funk shows kids how to draw part of his comic, “Burger Quest,” at a seminar. (Photos courtesy of Julie Funk)

According to his mom, Julie Funk, her son could read before he could talk because he was nonverbal until age 3. He would point out words his parents would skip when reading him stories.

Now, Jason is a speed reader. His dad, Adam, said he finished the final Harry Potter book, which is more than 600 pages, in less than a day at the age of 12. Jason said he did not have a favorite comic. Julie suspects it’s because he has read so many that he can’t pick from such a long list.