The Indiana Donor Network Foundation has selected Emily Humphrey, Whitestown, for a $2,500 scholarship. Humphrey, the sister of an organ donor hero, will use the scholarship to help with her college studies.

“The scholarship will help significantly with allowing me to focus primarily on studying and not having to worry how I will pay for the semester,” Humphrey said. “It has given me a head start on being financially prepared for the remainder of school.” 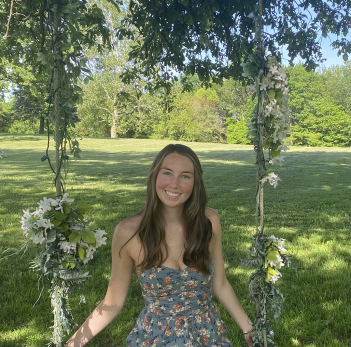 Humphrey began her collegiate experience as a pre-pharmacy major at Purdue University, but after the death of her brother, Tyler, she realized that her passions were going to take her elsewhere. She now attends Indiana University Purdue University Indianapolis to study radiation therapy.

“I always knew that I wanted a career in health care and I thought pharmacy would give me the satisfaction I was looking for,” Humphrey said. “After Tyler passed, I realized that I needed a career that was more involved in patient care and pharmacy was not going to provide that. I chose radiation therapy because I would be able to have a more one-on-one connection with the patients while also making a huge difference in their lives.”

Humphrey has seen the profound impact that organ/tissue donation can have, and she recommends that people look into signing up to be organ/tissue donor if they want to and are able.

“My recommendation to anyone looking to become an organ/tissue donor is that it is super easy,” Humphrey said. “I think the most valuable perspective is that you are capable to change someone’s life even after you are gone by one heroic decision. I would advise anyone hesitant to research the impact one donor can have on multiple people and to think about the families who get to have their loved on another day because of it.”

Learn more about organ and tissue donation at https://indianadonornetwork.org/about-donation/donation-faqs/.