You are at:Home»Current in Carmel»Carmel Community»Plans for 33 townhomes at 96th Street, Haverstick meets resistance

A proposal to build 33 townhomes north of 96th Street between Haverstick Road and Wild Cherry Lane is meeting resistance from many nearby residents.

Estridge Development Management is petitioning the Carmel Plan Commission for a rezone of 2.67 wooded acres from S-2 Residential to a planned unit development, meaning an ordinance specific to the site would outline development standards rather than city code. PUD ordinances must be approved by the city council. 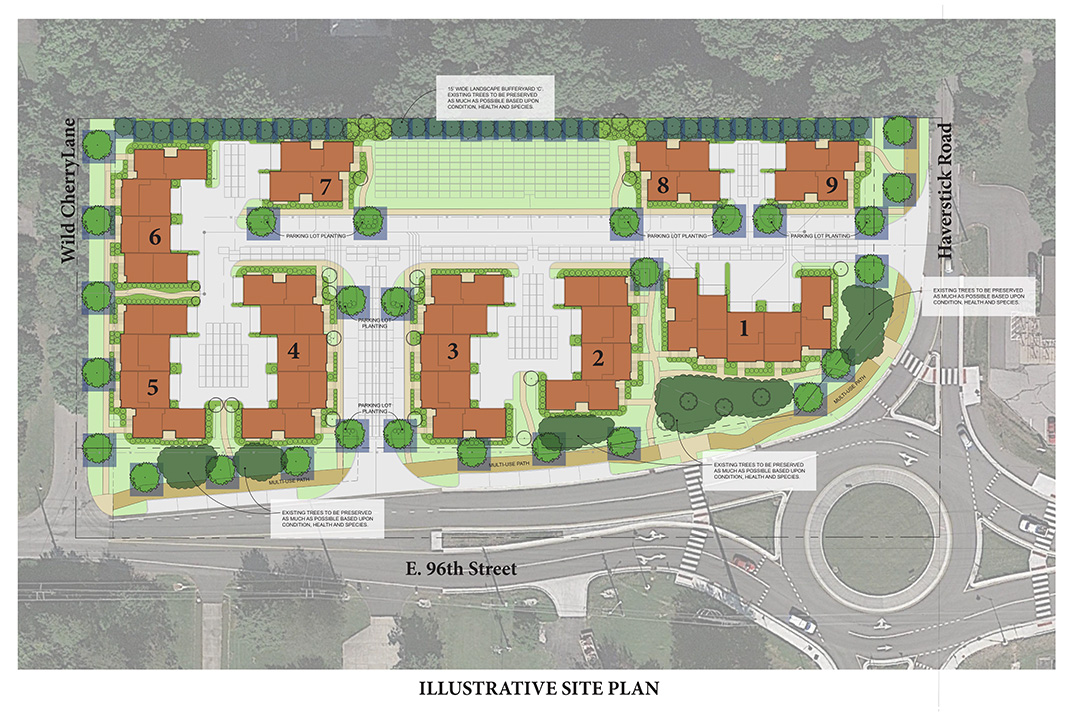 Thirty-three townhomes are proposed on the northwest corner of 96th Street and Haverstick Road. (Image from filings with the City of Carmel)

According to planning documents filed with the city, Estridge plans to develop a “well-designed, high-quality for sale townhome community” with prices ranging from the low $500,000s to the low $600,000s.

More than 200 people who live near the site of the proposed development have signed a petition outlining their opposition to it. According to the petition, neighbors are concerned about:

The plan commission is set to discuss the proposal at its Aug. 16 meeting, which is set for 6 p.m. at Carmel City Hall, 1 Civic Square.