You are at:Home»Current in Carmel»Carmel Cover Stories»Branching out: City’s urban forestry team works behind the scenes to keep Carmel green

Behind the 33,000 street trees maintained by the City of Carmel, there is an urban forestry department planning and caring for the city’s urban landscape.

Daren Mindham, Carmel’s principal urban forester, said his primary job responsibilities are taking care of the trees and reviewing development plans in light of their impact on the city.

“My job is two-fold. One is plan review, so I’ll review all the (Carmel Plan Commission and Board of Zoning Appeals) landscape plans and then do inspections on the commercial and residential projects,” Mindham said. “The other side of (my job) is the street tree program, the urban forestry program. Any call that the city gets is passed to my desk as the main contact for landscaping, usually when it comes to street trees.”

Mindham, who earned a degree in urban forestry from the University of Wisconsin-Stevens Point, oversees the planting, maintenance, removal, pesticide treatment and watering of Carmel’s street trees. Additionally, Mindham and his team perform tree consulting and inspection work for Carmel residents or city departments.

Many of the street trees planted by the urban forestry department are found between sidewalks and curbs because of the location’s many benefits.

“My trees are usually over paths or asphalt, so they’re shading that and keeping temperatures down on the roads and sidewalks,” Mindham said. “It’s the last green space before the drains occur, so the tree roots are all lined on the streets, so they’re the last interceptors of water that would then go into stormwater management and need to be processed and cost a lot more.”

As an urban forester, Mindham said he maintains a long-term view when making decisions. For example, he’s limited the planting of maple trees in the city because he expects the next insect species of concern to be one that targets those trees.

Mindham isn’t the only public official keeping an eye on Carmel’s trees. Michael Allen, Carmel Clay Parks & Recreation’s director of parks and natural resources, said his team focuses on the maintenance of approximately 650 acres, 80 percent of which are natural areas.

Mindham and Allen said the Carmel community can get involved with the city’s trees and natural areas through engagement with the urban forestry and parks and recreation departments, whether through planting a tree in a backyard or participating in CCPR’s stewardship programming and public planning meetings.

“If we can engage the community in some of that maintenance, they will start to understand it a little better,” Allen said. “They’re getting that experiential education through that hands-on participation.”

Mindham said homeowners interested in planting trees on their property should plant native trees that are not too close to a house or neighbor’s property line. They can call 811 for assistance in avoiding planting over utility or drainage areas. 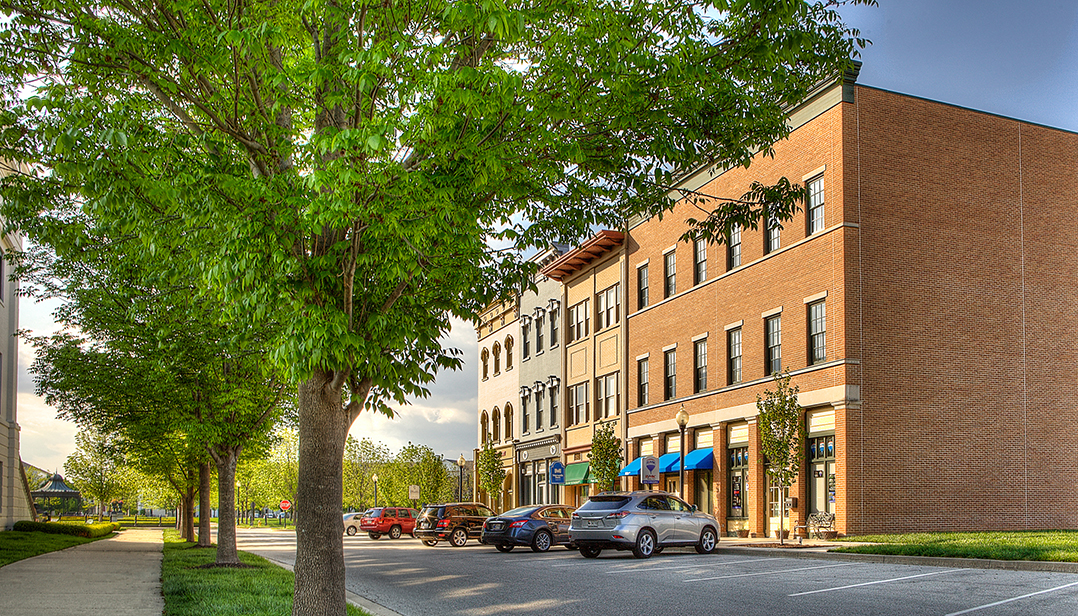 Street trees between the curb and sidewalk in the Village of WestClay. (Photo courtesy of Darren Mindham)

Share. Twitter Facebook Pinterest LinkedIn Tumblr Email
Previous ArticleSaddle up: Agape Therapeutic Riding fundraises for move to Noblesville
Next Article Community caregiving: Zionsville parents of children with IDD worry about what happens to their child when they die
Follow us on Social Media