Hamilton County has hired a new executive director of communications who will oversee the county’s 911 center starting this month.

Michael Hubbs, who has been director of the Marion County 911 Center in Indianapolis since 2014, will replace Jeff Schemmer, who accepted a job in May as executive director at the Indiana Statewide 911 Board. 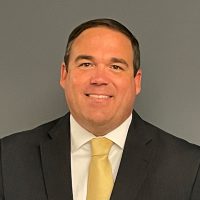 “This is a once in a lifetime career opportunity,” Hubbs said. “Hamilton County’s 911 Center is highly regarded within the industry as one of the best. Its dispatchers are second to none.”

Hubbs, who will start his new role with Hamilton County Sept. 19, said it will be a true honor to work alongside individuals who are just as passionate about helping people as he is. Hubbs brings a variety of experience to the position having worked as a 911 dispatcher, an Indiana State Police trooper, a commander for the Marion County Sheriff’s Office and a United States Secret Service agent.

“Public safety is a top priority in Hamilton County, so we did a national search to fill this position,” said Christine Altman, Hamilton County commissioner. “Turns out the best candidate was in our backyard. Mr. Hubbs’ extensive law enforcement background and depth of experience have earned him the respect and support of Hamilton County public safety leadership, our dispatch team, and makes him the perfect person to lead us through the building of a new 911 center.”