Heartland Film Artistic Director Greg Sorvig is convinced there will be several Academy Awards contenders among the more than 115 films in the 2022 Heartland Film Festival, set for Oct. 6-16. 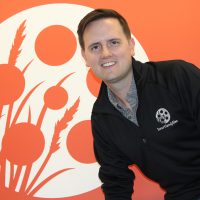 “We have an amazing slate of independent films which makes up the lion’s share of our lineup,” said Sorvig, a Carmel resident. “We have become an Oscar stop. Distributors see something special with our festival. If it plays in Indiana, it will play anywhere.”

The opening and closing nights have Indiana ties. “Louis Armstrong’s Black & Blues” will open the festival at 7 p.m. Oct. 6 at The Toby at Newfields in Indianapolis. Sorvig pointed out Armstrong’s recording career began in Indiana when he recorded “Chimes Blues” with King Oliver’s Creole Jazz Band in 1923.

“We all know Louis Armstrong but there is more behind the man,” Sorvig said. “The director really brings Louis to life. (Armstrong) kept these super-detailed journals, so you get to see those journals come to life with some great narrators.”

The festival’s closing night begins at 7:30 p.m. Oct. 16 at The Toby with “The Whale” with Indianapolis native Brendan Fraser. The actor visited the festival in 2019 on the 20th anniversary screening of his film “The Mummy.”

“The Brenaissance started a couple years ago when he returned here,” Sorvig said of the welcome Fraser received at the festival. “We loved Brendan before it was cool. ‘The Whale’ is the story of a reclusive English teacher living with severe obesity who intends to reconnect with his estranged teenage daughter.”

Fraser should be an Oscar contender, Sorvig said.

“It’s powerful to see him come back in this capacity,” Sorvig said. “This is the film people will be talking about for months after the festival, through Oscar season and beyond.”