You are at:Home»Current in Noblesville»Noblesville Community»Sheriff’s office seeking suspect involved in vehicle thefts 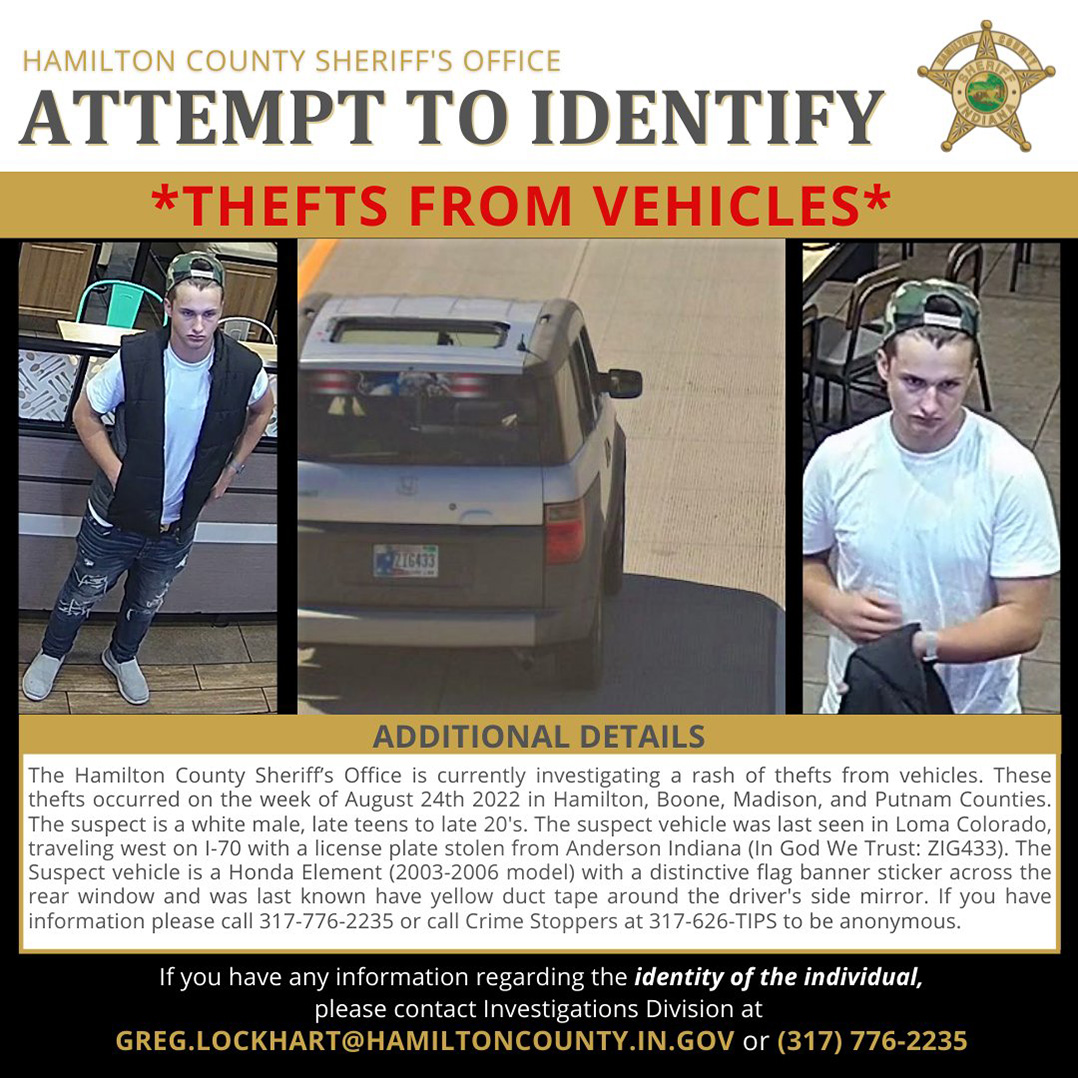 The Hamilton County Sheriff’s Office is seeking the public’s help in identifying a man involved in a rash of vehicle thefts that occurred across four counties.

The sheriff’s office said the thefts occurred the week of Aug. 24 in Boone, Hamilton, Madison and Putnam counties with the suspect being described as a white male in his late teens to early 20s. The suspect’s vehicle is a Honda Element between the years of 2003 and 2006 with a distinctive flag banner sticker across the rear window and was last known to have yellow duct tape around the driver’s side mirror, authorities said.

The vehicle was last seen in Loma, Colo., traveling west on I-70 and has a stolen license plate from Anderson. The license plate number is ZIG433.

Anyone with information about the identity of the individual is asked to contact detective Greg Lockhart by emailing greg.lockhart@hamiltoncounty.in.gov or call 317-776-2235. The public can also call Crime Stoppers of Central Indiana at 317-626-8477 to remain anonymous.