You are at:Home»Current in Zionsville»Zionsville Community»Zionsville resident Kristi Lee to be inducted into Broadcast Hall of Fame

Kristi Lee, a Zionsville resident and longtime radio personality, has been working in the media industry in various capacities since the age of 15. Although she was interested in aviation when she attended Ben Davis High School, said she took a radio class because a friend said it was easy, and soon after she fell in love with the industry.

Lee, 62, is one of six Indiana broadcasters who will be recognized by the Indiana Broadcast Pioneers Hall of Fame during an induction ceremony Oct. 4 at 502 East Event Centre in Carmel.

“To get this honor was amazing and humbling, and I never expected it,” Lee said. “I grew up on the west side in a trailer park with a single mom, so to be here now is just kind of surreal.”

Lee got her start at her high school radio station, WBDG, and credits her radio teacher for inspiring her to make a career out of it.

“What got me into radio was because one person in my life said to me, ‘Kid, you’ve got a talent for this,’” said Lee, referring to that teacher. “That one sentence changed my life. No one had ever said that to me before about anything.”

The same teacher encouraged her to get a first-class FCC license, and back in the day, she said she was one of the few women in the U.S. that had one.

Lee attended Indiana University after graduating from high school in 1978 but said she didn’t want to wait until her junior year to be on the radio station. She said she went home during winter break and ended up staying there and getting a job. 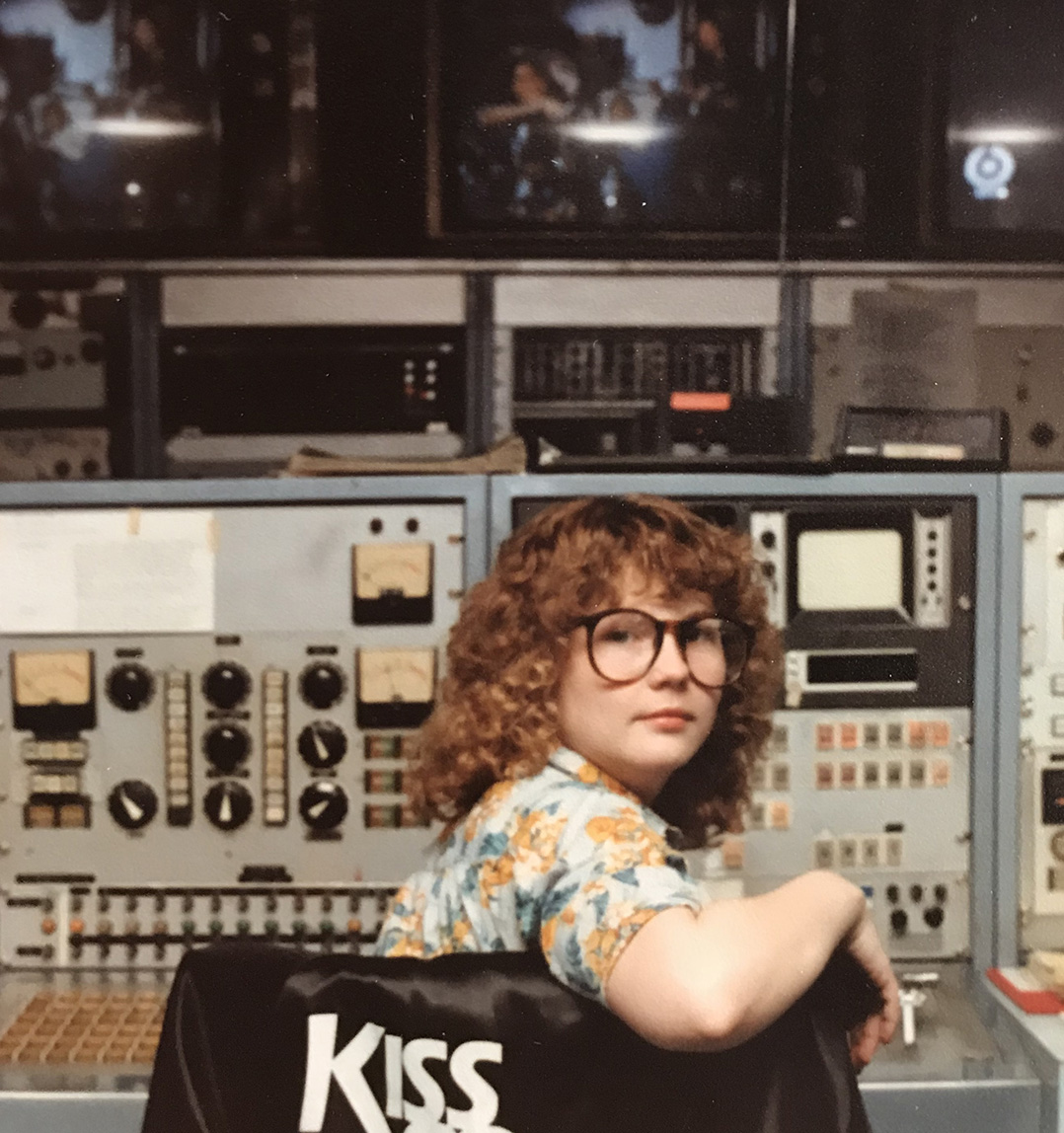 Kristi Lee pauses at master control for WRTV in 1980 during her time as a television engineer for the channel 6 station.

Lee said she got her first full-time job in media as a television engineer for WRTV while simultaneously working part-time as a disc jockey for WFBQ Q95.

It was there that she eventually became acquainted with Bob Kevoian and Tom Griswold and began working full-time on “The Bob and Tom Show” in 1988. Lee also spent time as a sideline reporter for various networks covering sporting events.

Since then, Lee has taken on numerous of roles. From starting her own podcast, “Kristi Lee Uninterrupted,” to serving as a board member for multiple charities, she said she is always busy. But she likes it that way.

Lee said she has found a family on “The Bob and Tom Show” and is grateful to have a job where she can laugh every day. She never knows what a day might bring, she said, and can’t imagine retiring anytime soon. 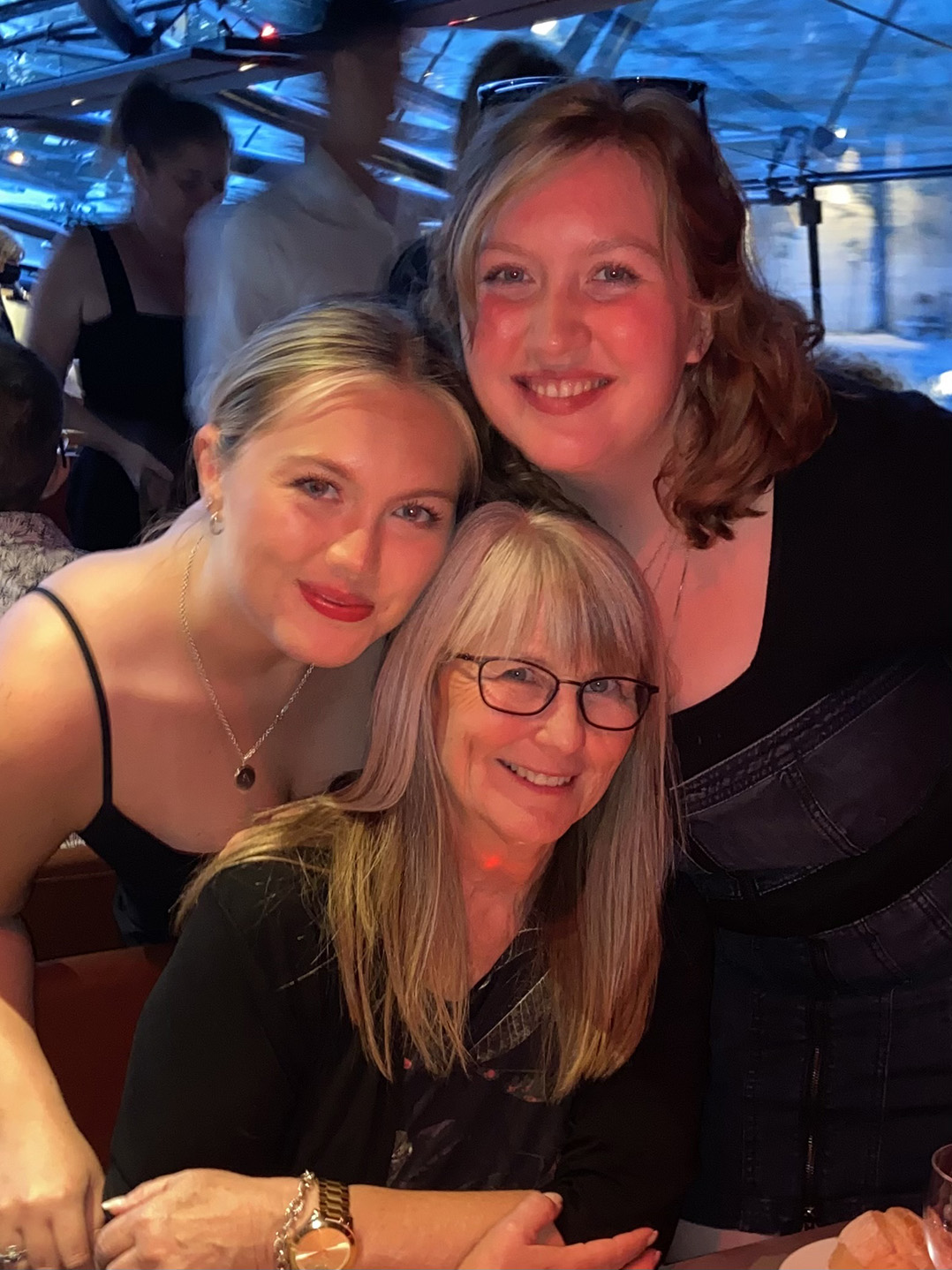 A young elementary-age girl named Lydia approached her at a recent event, Lee said, and told her that she was her idol, and that she wanted to be just like her when she grew up. Lee said that resonated with her and made her reflect on the impact she had on others.

“Like little Lydia, maybe I’ll inspire somebody. Maybe a little girl out there goes, ‘I didn’t know women could be TV engineers, I want to do that,’” Lee said. “I didn’t know I could do that, either, until they sat me down in front of a huge switcher. Never be afraid to try something new.”

Lee will be joined in the Indiana Broadcast Pioneers Hall of Fame by fellow Zionsville resident John Stehr, a retired news anchor for WTHR, who is being inducted on the same evening.