You are at:Home»Current in Geist»Geist Community»Canceled: Silver Alert issued for Lawrence woman

A Silver Alert was issued on the evening of Sept. 26 for Lawrence resident Barbara Sheasley, a 55-year-old, white female who is 5-foot-4, weighs 170 pounds, and has brown hair and brown eyes. She was last seen wearing a brown sweater and blue jeans. 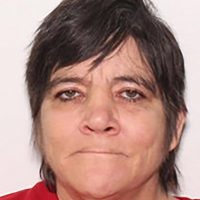 Sheasley was last seen Sept. 25 at 10:30 p.m. She is believed to be in danger and might require medical assistance.

Any information regarding Sheasley’s whereabouts can be directed to the Lawrence Police Depart.  at 317-545-7575 or call 911.