You are at:Home»Current in Carmel»Carmel Community»Hyperion Players to present ‘Barefoot in the Park’

The Hyperion Players Executive Artistic Director Ian Hauer wanted to choose fall play that would appeal to a broad audience. 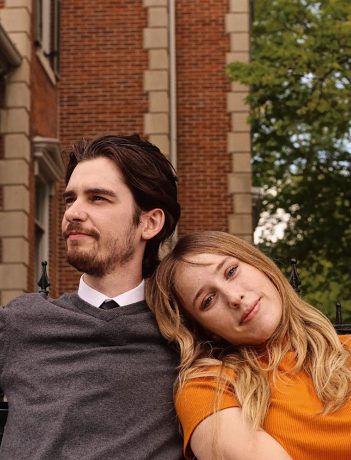 Zach Catlin and Anna Himes are the lead performers in “Barefoot in the Park.” (Photo courtesy of Ian Hauser)

This is the second play for the new community theater in eastern Hamilton County and the first of its 2022-23 season. The nonprofit previously held “The Glass Menagerie” in February.

“We’re still a very young theater, so producing a few tried-and-true scripts that people recognize works to our advantage,” said Hauer, a Noblesville resident who is co-founder of The Hyperion Players. “Also, since our goal is to provide a little bit of everything in our lineups, we think ‘Barefoot’ is a great start to a varied season.”

McCordsville resident Anna Himes, who has a lead role of Corie Bratter, is excited to be a part of The Hyperion Players.

“I believe in the people who have started this company,” Himes said. “After I’ve met everybody else who’s working for this non-for-profit, I think all of them are devoted to bringing acting as an art form to the community.”

Even though performing is fun for Himes, she said theater is so much more than that.

“It’s also just having a certain level of reverence for storytelling,” Himes said.

Hauer is confident The Hyperion Players will be cultural asset to the community.

“It gives us more to do on a Friday night than stay in and watch Netflix,” Hauer said. “Film and TV are great, and I’m thankful for the other performing (and visual) arts, but I absolutely love that moment when the house lights go down, the stage lights come up, and the audience begins to share that one-night-only experience.”

Most Hyperion Players shows will have open auditions for the public.

“Audition information can be found on our website, and updates are posted to our social media channels,” Hauer said.

Hauer is directing the other shows this season, including Yasmina Reza’s “God of Carnage” and an original story titled “Call Me Sister.”