The City of Carmel’s former equity manager filed a lawsuit Nov. 7 in federal court that claims his firing was racially motivated.

Timothy Knight joined the city in May 2021 as the employee development coordinator. Later that year, after Carmel ended a contract with a company providing its diversity training, city officials tapped him to develop the training in-house and changed his title to equity manager. 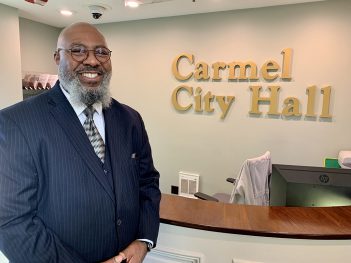 In mid-March, the city fired Knight, who is Black, for performance concerns and insubordination, according to a document previously provided. City officials declined to comment on the pending lawsuit.

According to the lawsuit, the city’s former human resources director, who has since retired, told Knight before he began his employment with the city that “a culture of anti-African American racial discrimination exists within the rank and file of the City of Carmel.”

The lawsuit also states that in August 2021, “certain Carmel employees began resisting the idea of an African American (Dr. Knight) conducting city-wide diversity training” and that one employee refused to allow such training at a certain city facility.

Knight alleges in the lawsuit the suspension of in-person diversity training prevented him from performing the principle work he was hired to do, and that the suspension was discriminatory and occurred because heads of various city departments “simply did not want an African American providing training on racial diversity.”

The lawsuit states that Knight is seeking back pay and related compensation, compensatory and consequential damages, emotional distress damages, punitive damages in an amount sufficient to deter the defendants from repeating its alleged discriminatory practices, litigation costs and expenses and all other appropriate relief.

The city has not hired a replacement for Knight or publicly announced a plan for implementing diversity training.