You are at:Home»Current in Carmel»Carmel Community»Worrell to seek reelection to at-large seat on Carmel City Council

With Carmel voters set to elect a new mayor in 2023, Jeff Worrell is aiming to provide consistency on the city council, as he recently announced a reelection bid for his at-large seat.

Worrell, a Republican, joined the council in 2016 as the representative for the Southeast District. Four years later, voters elected him to an at-large position. 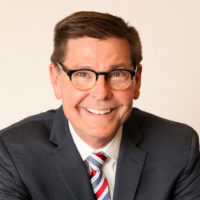 During his campaign, Worrell expects to continue his efforts to help residents understand complex fiscal issues and invites questions and feedback from constituents.

After Carmel Mayor Jim Brainard announced in September that he would not run for an eighth term, some speculated that Worrell would seek to replace him. Worrell said he considered it but decided the timing wasn’t right.

“I always dreamed about it and thought I was preparing (for it), but as the years have gone by, and as I am looking to what my family situation is and wanting to spend time with grandkids who do not live in Carmel, I felt like I would not be the right person to have another full-time job,” Worrell said. “At this stage in my life, I feel like I could better serve Carmel by remaining a city councilor.”

Among his recent accomplishments in office, Worrell said he is proud of his efforts in 2021 that led to a new ordinance allowing those who live within 2,500 feet of a Carmel Clay Schools campus to request their street become a no-parking zone between 7 a.m. and 5 p.m. Worrell met with various city departments and residents of a neighborhood near Carmel High School that had essentially become a student pick-up zone, leading to gridlock and safety concerns, to address the problem.

Worrell and his wife, Shari, have lived in Carmel for 33 years and have two adult children. The couple enjoys traveling, running, snow skiing and the arts and are longtime volunteers for CarmelFest and their church, Our Lady of Mount Carmel. Worrell is also a member of the Carmel Rotary Club.

Three of Carmel’s nine city council seats are at-large. At-large councilor Tim Hannon plans to seek reelection, and Rich Taylor, president of the Carmel Clay Parks & Recreation board, has announced he will seek an at-large seat. Hannon and Taylor are Republicans. At-large councilor Kevin “Woody” Rider, also a Republican, will run for mayor in 2023.