Melissa Schott will be sharing songs which have shaped her musical career.

The New York singer-dancer-actress-choreographer will perform in “Melissa Schott: The Key of Me,” a Magic Thread Cabaret production, Nov. 16 to 18 at The Cat Theatre, 254 Veterans Way, Carmel. 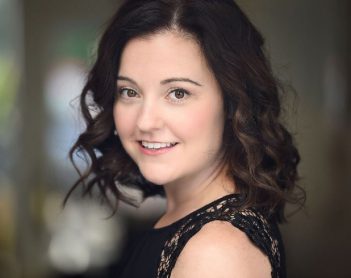 Schott, from New Palestine, has known Tom Alvarez for years through her appearances in the Indianapolis-area theater scene. Alvarez approached her about performing Cabaret shows. Alvarez and Dustin Klein formed Magic Thread Cabaret as a nonprofit in 2017.

Schott will be accompanied by her musical director and pianist Scott Harris, from Nashville, Tenn.

“It will just be us on stage, so very intimate,” Schott said. “It will be lot of my favorites and songs that were instrumental in my career. That covers a wide variety. There will be a lot of Broadway tunes in there.”

The set includes a Carpenters song.

“Karen Carpenter was a huge influence when I was a young girl,” Schott said. “We have some folk and country songs and pop, of course.”

Schott, who teaches tap dancing at Broadway Dance Center in the heart of Times Square, will bring her tap shoes as well.

“I can’t do a show without singing ’42nd Street,’” Schott said. “It was my first show back at Footlite Musicals in 2005. I got to play Peggy and it’s been a favorite role ever since. I’ll be donning my tap shoes for that. It’s definitely a favorite showtune of mine and I don’t think the show would be complete without that.”

Schott was as an understudy for Peggy in “42nd Street” in Boston in the fall of 2017.

Schott said she hasn’t performed in Indianapolis in several years.

“I’m excited that a lot of family and friends get to see me perform,” said Schott, who regularly performed in “Yuletide Celebrations” with Indianapolis Symphony Orchestra.