You are at:Home»Current in Fishers»Carl Brizzi talks Charlie White verdict, next steps 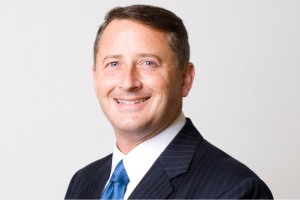 A guilty verdict on six of seven felony counts against Charlie White has left the office of the Indiana Secretary of State in flux, and many speculating as to what twists may yet come in an already long, convoluted case.

In the wake of the verdict, Current spoke with White’s criminal defense attorney, Carl Brizzi, to get his reaction and find out what comes next.

The facts
At 2:30 a.m. Feb. 5, a Hamilton County jury returned its verdict: guilty on three counts of voter fraud, two counts of perjury and one count of theft. White was acquitted on a charge of fraud against a financial institution. He could face six months to three years in prison for each count.
Indiana Gov. Mitch Daniels moved quickly to appoint an interim replacement for White, selecting Jerry Bonnet, chief deputy for the Secretary of State.
“This is an exceptionally busy time in the Secretary of State’s office as signatures for president, U.S. senate and governor are being certified this month,” Daniels said in a press release. “Jerry, a Yorktown native, has agreed to serve until I either select someone else to serve the remainder of the term, or until the prior occupant is reinstated.”
White is expected to appeal for the charges, all class-D felonies, to be reduced to misdemeanors.
“I have chosen not to make a permanent appointment today out of respect for the judge’s authority to lessen the verdict to a misdemeanor and reinstate the elected office holder,” Daniels said. “If the felony convictions are not altered, I anticipate making a permanent appointment quickly.”
Daniels added, “Jerry Bonnet is a longtime employee who absolutely knows what should be done to provide the effective supervision and oversight the office requires.”

A copy of the appointment letter may be found at www.in.gov/gov/files/Press/020412letter.pdf.

This story will be updated as more information becomes available.