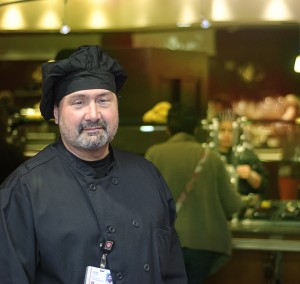 The dining experience at IU Health North is more comparable to that of a Los Angeles hotel than a typical hospital. But that could be expected, given the chef who’s developed it from day one.

The hospital’s in-house restaurant serves fresh offerings, from salads to blank angus filets, to more than 1,600 guests a day through its food court and room service.

Andits chef has cooked for some of the biggest names in Hollywood.

Peter Fulgenzi is IUHN’s executive chef, and while today he heads up the hospital’s catering and restaurant, Atrio, he was once a chef of the stars, cooking for celebrities during the heyday of The Forum in LA and eventually working as a personal chef for John Travolta and wife, Kelly Preston.

He’s cooked for a lengthy list of notable clients and catered for thousands at various west coast hot spots, but for the past six years, he has developed Atrio into a restaurant good enough to bring people to a hospital just for the food.

“We have several hundreds of people a day coming here who have absolutely nothing to do with the hospital,” he said.“They just come here for lunch.” 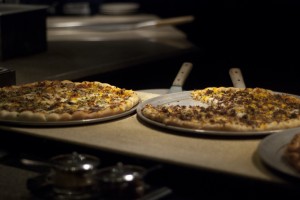 The chef’s passion for his work and unflappable personality have helped developed his impressive résumé. Whether in a private conversation or working to satisfy droves of hungry customers, Fulgenzi is calm and soft-spoken.  In fact, his boss, IUHN President and CEO Jon Goble, said he has never seen him rattled.

“It’s hard to get him shook, not that I would want to try,” Goble said.

That stability has served him well in his work, as each of his jobs has come with unique challenges – from meeting the expectations of private, high-profile clients, to producing quality meals while working around every dietary restriction imaginable.

The latter is what he does today, and his job combines various components from his earlier work out west. In LA, for example, he was once the manager of the Forum Club, where he oversaw the catering for all The Forum’s major events. Home games for the LA Lakers, for example, frequently had Fulgenzi cooking for some of the team’s more notable fans, like actor Jack Nicholson.

“It was a very star-studded environment,” he said. “That group would always come into the restaurant before a game.” 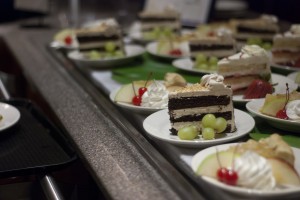 He later took a job at the Hilton Hawaiian Village, which at the time, boasted the country’s largest catering service, he said. It wasn’t unusual for him to lead catering efforts for a 25,000-person cocktail party. Referrals from individual clients on the island eventually led to his gig as the personal chef for Travolta and Preston. For more than two years, he prepared food for the couple when they were at their vacation home in Hawaii, but Fulgenzi said he considered himself to be Preston’s employee – not her husband’s.

“You always work for the lady of the house,” he said.

Fulgenzi remembers the couple as very friendly and appreciative of his work – traits, he said, aren’t always found with high-profile clients. While he enjoyed working for the couple, Fulgenzi eventually decided to “get out of the sun” and move closer to his sister, a Carmel resident. A few years later, he became the executive chef of IUHN, then under construction, and since that time, he has developed the hospital’s restaurant into a dining destination.

“The stereotype of hospital food is pretty long lasting, and probably pretty well deserved in most cases. We didn’t want that to be the case at North,” Goble said. “Peter was an opportunity to bring on because he got it. He understood what the vision was.”

Since then, Fulgenzi has created a restaurant-style menu and several variations to meet patients’ dietary needs. The food court’s menu changes daily, which Fulgenzi said allows him to get creative. If he travels out of state and finds a dish he likes, for example, he’ll often replicate it at Atrio – at a fraction of the price.

But one of his signature desserts never leaves the rotation. His“Chocolate Pot” is a chocolate mousse made in a way that allows it to remain on nearly all of the hospital’s dietary menus, but it still doesn’t taste like “hospital food.”

Judges at the 2010 Flavors of Indianapolis event had a similar reaction to Fulgenzi’s cooking. Atrio that night was pitted against a handful of chefs and restaurants from the Indianapolis area, including St. Elmo Steakhouse and Fleming’s Prime Steakhouse & Wine Bar. Judges scored each restaurant on the taste and presentation of its meal, as well as the overall experience created by its staff, Fulgenzi said. Atrio took home the top honors.

Fulgenzi left the sun and glamour of the west coast to take on a very different challenge: to reverse the perception of hospital cuisine and provide patients with what they need to feel better. He said he has likely accomplished that, at least at his facility. He said he loves his current work, though he occasionally longs to cook professionally in a private setting once again.

So, he regularly satisfies those cravings by cooking for his family and friends, who surely are willing to accommodate him.

“It’s always nice to cook in someone’s home, to see their reactions,” he said.

Interesting fact: Fulgenzi  isn’t the typical amateur piano player. He has taken extensive lessons and even opened for the late Ray Charles while living in Hawaii. 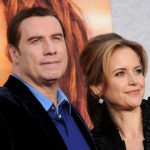 Cooking for John and Kelly
Peter Fulgenzi spent more than two years as the personal chef for John Travolta and Kelly Preston in Hawaii, but said he cannot recall ever preparing a dish the couple did not like. The reason: good instructions, he said. “A lot of people know what they don’t like, but can’t tell you what they do like.” Fulgenzi said the two ate very healthy meals. Preston typically asked for salads with pulled chicken and other simple foods with high-quality ingredients. Travolta, he said, didn’t have a go-to dish, but liked “elaborate food that had a ritual to the preparation.” One thing he does recall as a favorite of the couple’s, however, was his risotto.