You are at:Home»Current in Westfield»Teamwork for hope

How a son’s legacy lives on through Relay for Life 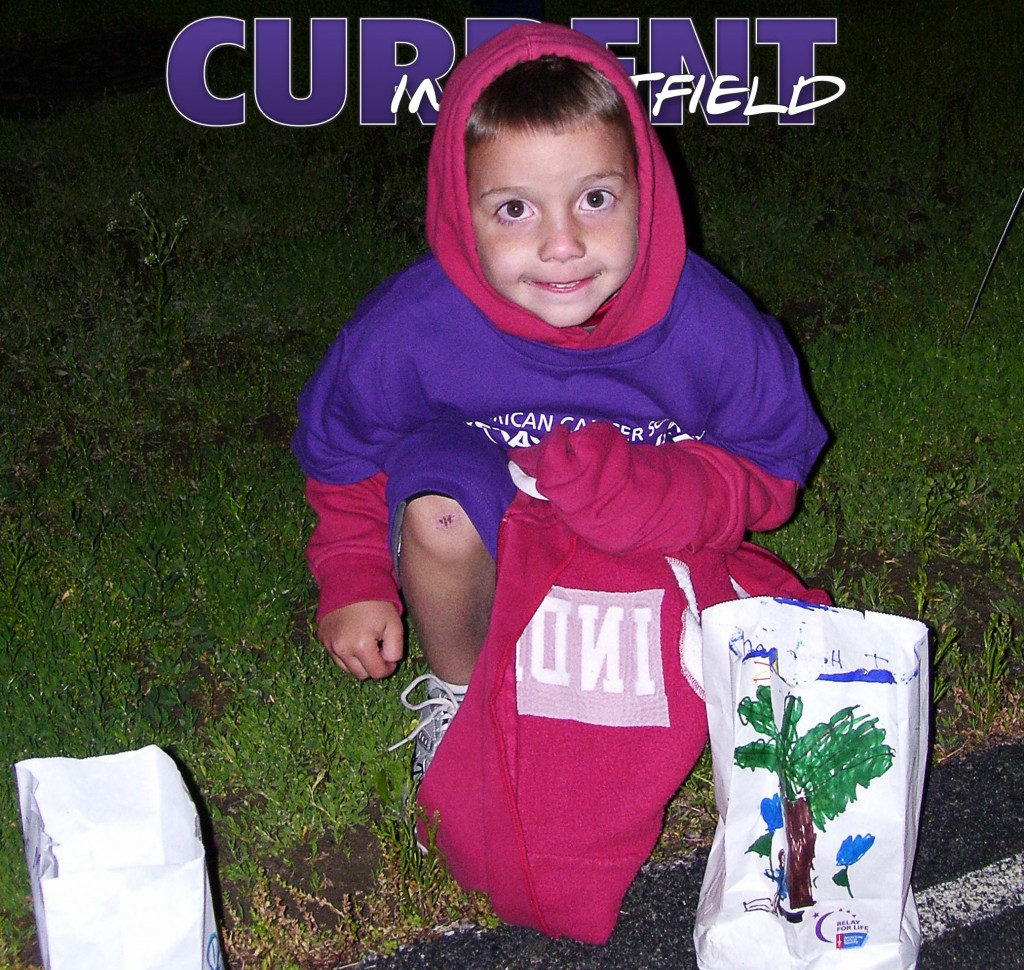 A family’s memory of a child who passed away far before he could grow up will always win the race against time through the family’s participation in Relay for Life.

Spencer Lancaster, who was diagnosed with brain cancer in 2008, wasn’t just racing for his health with his family during the fundraiser.Despite the hurdles of treatments and surgeries, Spencer never untied his tennis shoes and gave up. He raised $1,800 to help find a cure, even if there wasn’t a cure for him.

“He did it by just being Spencer. He had that about him. He was just who he was and it didn’t take a whole lot for him to raise that much money,”Jill Lancaster, Spencer’s mother,said.

“Spencer’s tumor was unlike any other; it wasn’t leukemia or any kind of cancer that had a series of planned treatments. It was something different.It was Spencer’s tumor,” Jill said.

“Hehad been sick with sinus infections and he went in for a CT scan. We came out of the hospital eight hours later with a terrifying diagnosis,” Shawn Lancaster, Spencer’s father,said.

By the time of his first relay, Spencer said he completed six rounds of chemo and 33 days of radiation, along with a port-replacement surgery and two craniotomies.But even that wasn’t enough to stop him from putting one foot in front of the other every day.

Family members said his determined spirit is what helped them turn tears into the fuel they needed to keep going.

“We sat all the kids down when we knew we wouldn’t be able to beat it,” Jill said. “Spencer said, ‘OK, what’s next? Let’s move on.’ He was fearless and his perspective is what helps us get through the days,” Jill said.

Spencer’s willpower to run faster than anything showed a sense of maturity only found in the hearts of those with years of wisdom. His family said his old soul showed the importance of cherishing every moment of life.

“Living is a tribute to him. If all of us sat back and didn’t do anything,we wouldn’t be honoring his legacy,” Jill said. “He didn’t want to be coddled. He went to school, played soccer and he kept living.”

Although Spencer fought with bravery, heunderstood the differencesin the future between him and classmates.

“Kids would talk about what they wanted to be when they grew up – astronauts, doctors, etc. Spencer went to say what he wanted to be, but stopped and said,‘I won’t be here to grow up,’” Shawn said. “We (family members) told him it wasn’t over, but he knew. So he said,‘I want to be a baseball player.’ I think he said it for us. To give us hope.”

Spencer passed away in August in the hands of his mother, who fought against every challenge, pain and tear, along with other family members.

“I could feel when it was going to happen. I called the doctor and said, ‘It’s happening tomorrow.’ I could just feel it,”Jill said. “He squeezed my hand for the last time that next day, then his breathing slowed.”

The tragedy was one that crippled the family’s spirits and the grief made every step heavier, and although it’s never easy living without the ones you loved sharing memories with,Relay for Life, which Spencer and his family had participated in for three years, was the only thing that kept family members’ hearts beating.

“So many people die in too short of time. Watching kids go through it and seeing how brave they are, I don’t know how you couldn’t want to help raise money,”Jillsaid.

This year will be the first time the family steps on the track without Spencer, but family members said they will honor Spencer just as he would’ve wanted – never give up and always try to win the race for others.

“To watch families watchingtheir kids go through the toll of cancer, you have to help,”Jill said.

“Spencer’s tumor was a difficult one. The money raised is our only chance to prevent even more families from heartbreak.”

“It was bittersweet for our family the year before. We didn’t know it would be our last chance,” Shawn said.

“Relay has hundreds of survivors, and the communityconnects people in a way you don’t realize. You don’t realize how many people are affected until you’re there,” Jill said. “You have a common thread with everyone. It’s a good support message to get out.”