You are at:Home»Current in Zionsville»Definite difference in dogs 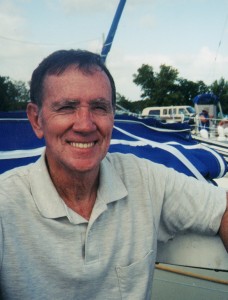 There are dogs, and there are black labs. After babysitting our daughter’s dog, I’m convinced that beyond four legs and a tail, there are very few similarities.

Cooper is a handsome young fellow, amiable and gets along well with our dog Brutie. Together, they quickly establish a routine of sniffing each other’s you know what, sizing each other up, launching an extended running jog around the backyard and then sleeping until it’s time to do the whole thing over again.

The score was usually tied in that department. After that, however, it was every dog for himself. Chasing sticks, for instance. Cooper will chase and bring back anything I throw for as long as I choose to throw it. And when I tire of the game, he plops down and eats the stick. I’m not kidding.Brutie, on the other hand, figures if I throw something away, I don’t want it back.

While Brutie has a limited appetite, Cooper will eat anything. I threw out some dead plants. He thought they were delicious. Ditto a staggering assortment of plastic flower pots, plant trays, watering jugs and an aging Frisbee he found in the yard.

He also eats dog food, of course, usually, in one huge gulp. And any unguarded people food likewise vanishes in a flash. That includes green beans and Danish pastry.

Cooper has a bed, but he prefers the sofa. And when I am on it, he will sit and glare at me. Get up to visit the bathroom and he takes over. He considers it a constitutional right.

Brutie has his own idiosyncrasies, of course, and we’ve long thought he probably came from Mars. Cooper, on the other hand, has just got to be from some other planet. Maybe Pluto.