You are at:Home»Current in Carmel»Carmel Cover Stories»A place to play 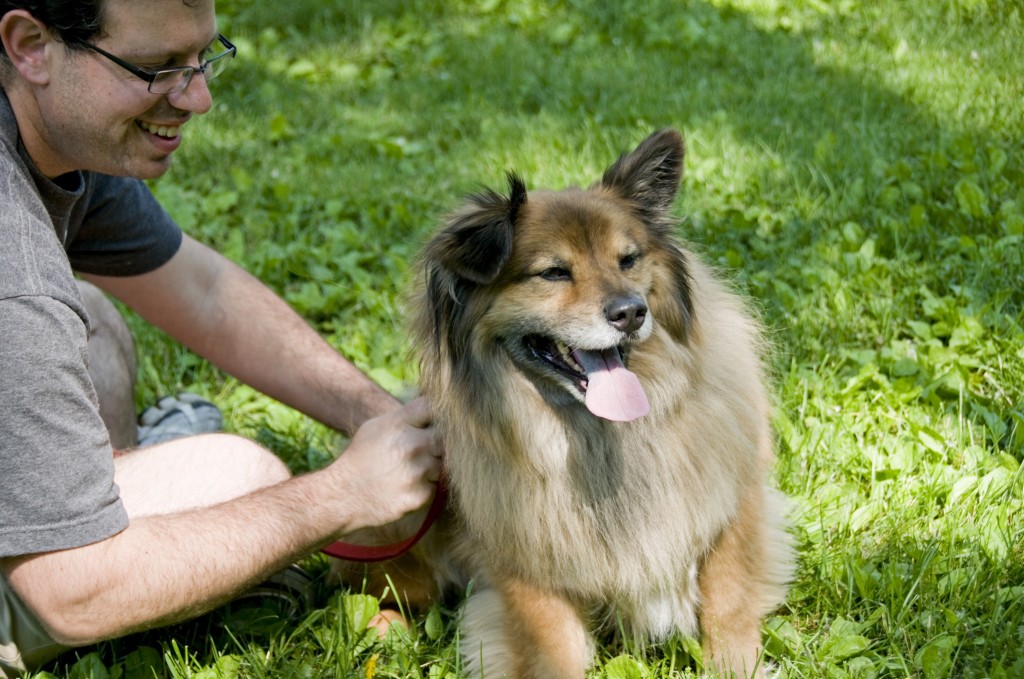 Carmel could begin construction of a long-awaited dog park as early as next year, according to parks and recreation officials.

According to Mark Westermeier, director of Carmel Clay Parks and Recreation, officials have narrowed down possible locations to a spot along 116th Street in Central Park, which would put the park immediately behind an existing meeting house on the property, and adjacent to the Monon Trail and Community Center.

Plans for a dog park, and the 116th Street location, were included in the original Central Park plan, according to City Councilwoman Lucy Snyder, but were held initially as city officials assessed the wetlands situation in the area.

Still, the idea of a dog park never left the table.

“Based upon what we’ve heard, it’s been pretty consistent that the community wants a dog park,” Westermeier said. “We’re underserved in this area when it comes to dog parks.”

A final plan for the park, including a feasibility study done earlier this year, was presented to the Park Board on March 13, and received a favorable recommendation.

“We had approval to move forward on it until we got some information from the scouting community that they used that area more than they had permits for,” Westermeier said. “So before we move forward, we want to make sure we’re serving the community as best as possible. Right now we have a lot of information to wade through, and we want to make sure we get as much community input as possible.”

But, Westermeier added, “There have been a lot more people in favor of that location than opposed.”

10 years in the making

According to Westermeier, building a dog park in Carmel has been on the parks department’s radar for more than a decade. The project has been stalled by concerns over how the park would be funded, and worry about where to put it to best serve the community.

In 2009, Carmel resident Julie Burns began an online petition for a dog park. Public support for the park continued to grow from there, as reported to Current by Michael Klitzing, CCPR’s assistant director, in June 2011. That support led to a feasibility study and focus group, both of which were included in the final plan presented to the Park Board in March.

While the long-term plan calls for as many as three dog parks in Carmel, Snyder and Westermeier said the burgeoning development of the Arts & Design District has made Central Park a good starting location to “work out the kinks” because of the high residential density in the area.

“When we build a park … parks last hundreds of years,” Westermeier said. “When you build something that long term, you don’t move that fast. You make sure you’re building something that’s serving the needs of the area and what the needs of future generations will be.”

With the busy summer season just starting for the parks department, Westermeier said he doesn’t expect any “clear-cut answers” on final details for the park until the beginning of fall. CCPR itself will be going through its regular five-year master plan process this year, which should allow details to be finalized for this and other potential dog parks, according to Westermeier.

“Typically every time we’re going to build a park, there’s a master plan done that gets community input, elected official input,” he said. “We develop a concept as to what this park should be, what it needs to be. That becomes the basis of what should happen. Then you go into a design-build phase.”

A plan prepared by the Schneider Corporation on behalf of CCPR would have the Central Park dog park encompass approximately 2.3 acres – enough space to hold 250 to 300 users. With an estimated $400,000 construction cost, the Schneider plan projects that 100 percent of park operations cost recovery is possible with 250 users at a $75 annual fee. The plan notes that dog park fees in central Indiana range from $50 to $75.

Though the park will cater to Carmel’s canines, Westermeier says he and CCPR have continued working on it for so long because of the people who’ll hold the leashes.

“Quite honestly, the thing about a dog park is that it’s not so much about dogs as it is about people,” he said. “It’s a place where people congregate with their dogs and socialize. As districts like the Art & Design District develop, it’ll be important to have facilities like this.”

Carmel Clay Parks and Recreation is still seeking community input for the final dog park plan. To submit a comment, or for more information, contact CCPR at parkboard@carmelclayparks.com.