You are at:Home»Current in Fishers»Allisonville Road and 96th work in 2013 still a possibility 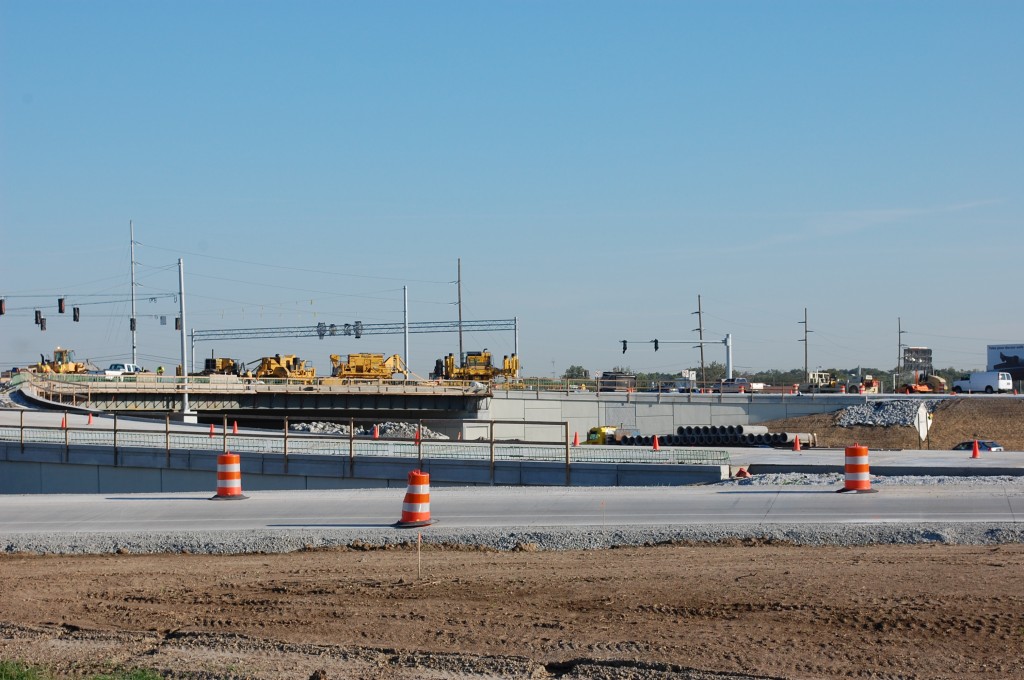 Current in Fishers caught up with Jeff Hill, director of engineering at the Town of Fishers, last week to see what’s going on with local roadways. Nathan Riggs, media relations director at INDOT, lent some insight to projects going on at Exit 205 on I-69.

Status:  Hill said the status at Allisonville Road has not changed. He said the contractor is trying to get as much done as possible, but continued pavement in 2013 is still a possibility at the project. Small changes will continue to be implemented at the intersection, in terms of lane shifts. Besides the small changes, a retaining wall is being built on the south side of 96th Street.

Status:  Phase II of the construction on 126th Street construction is complete, which is the section between Brooks School Road and Promise Road, with the exception of repairs on damaged materials and hand-rail on the bridge over I-69. Phase III of the project is progressing, according to Hill. Two westbound lanes should be paved this week, but because of continued curb, median and drive work on the north side of the road, it will be another 4-6 weeks before those lanes can be used.

Status:  Excavation for the new roundabout started. Hill said there is a 45 day road closure in the works, but details are not solid enough as of yet to make an announcement. He said once the road is closed the clock starts ticking for the contractor. At the intersection project, the contractor is currently building a box culvert, as well as foundation footing. Hill said rain stalled the contractor, but they’re fine in terms of time.

Status:  In a phone interview with Current in Fishers, Riggs said the northbound construction at Exit 205 on I-69 will be completed by the end of the year, but southbound construction won’t be completed until summer 2013. He added that a contractor will be adding a main travel lane on I-69 from 116th Street to I-465, as well as auxiliary lanes from the 116th Street exit to the 96th Street exit. The additions are meant to ease congestion.