You are at:Home»Current in Westfield»Budget Breakdown 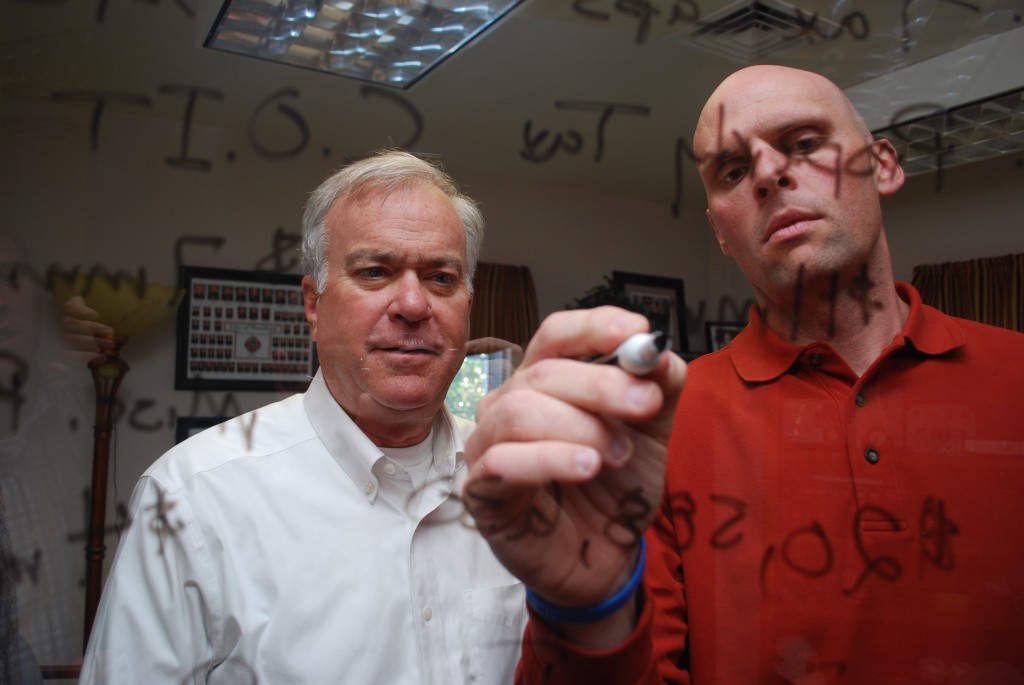 There are two sure things in life – death and taxes. To explain the latter, Westfield Mayor Andy Cook and his Chief of Staff Todd Burtron share how the city’s budget is made and what that means to you – the taxpayer.

Some might imagine that the previous year’s budget has a small percentage of inflation added; however, Cook explained that Westfield operates against standard government protocol by using a zero based budget.

“Every department must start anew,” he said, adding that the budget process begins in mid-May with each department head starting over and going line by line.

“Before 2008, this community deficit spent. Today, we have approximately $4 million operating cash balance,” added Burtron. “Many communities don’t have that. It’s because of our methodology, analytics in place and not over flatting budgets.”

“I say we are more efficient than any town or city in Hamilton County,” Cook said.

Both Burtron and Cook said the city faces the normal inflation of gas, electricity, property and casualty insurance, and sewer and water in 2013. Other operational expenses they have planned for include the county taking over police and fire dispatch services (a 211 percent increase from 2012 when they contracted services through Noblesville). Burtron said the dispatch cost will be shared from the police and fire department funds.

Cook said when the city’s new fire station was built it received a federal grant which pays two full years of firefighters salaries and benefits. The SAFER Grant the city receives funds only half of next year (a $376,751 increase).

Compared to similar neighboring cities like Noblesville, Fishers, Carmel and Zionsville, Westfield has the highest tax rate – beating Noblesville by less than a dime per $100 of net assessed value. Tax rates are comprised of six categories – city, county, schools, library, solid waste and township. The city portion of the tax rate for 2012 was 27 percent (lower than Carmel and Noblesville).

“Schools are 60 percent of our tax bills (second highest to Zionsville’s 63 percent),” said Cook. “They get a good value on their return. People move here because of the schools.”

The remaining four categories were the lowest or tied for the lowest in the county.

Years ago, the Westfield tax rate was $0.33 per $100 NAV; however, Cook points out that the city didn’t have a parks department, it only had two fire stations, two firefighters per truck and a skeleton police crew.

“It cost money to run the city,” he said.

The rise in tax rates are due in part by the strides Westfield has made from being a town to a growing city and in part because of state legislation.

“Tax caps changed and every municipality went up,” said Burtron. “The state changed the way we assessed.”

Burtron said the city has a $2.6 million cap loss – meaning the city has that additional value but is not allowed to collect funds.

“We’ve become more efficient and innovative on how we make this budget work and the budget is a conduit for quality of life,” Cook said.

There is good news for taxpayers: the city has decreased its spending. From 2011 to 2012, Westfield was the only city to decrease its percentage on citizen’s tax bills.

Cook said one of the biggest issues impacting the rate is the lack of a commercial tax base in Westfield. He said current developments like Grand Park, Grand Junction and U.S. 31 will help promote economic development, which in turn bring more businesses and residents. Businesses are important because they pay a higher percent and more residents help to lower the total cost everyone pays.

The 2013 proposed budget, which was adopted by the City Council on Oct. 8, is advertised as $24,929,680 – a 13 percent increase from 2012’s approved budget. However, Burtron is quick to point out that the advertised budget is never the same as the one approved by the DLGF.

“We have to advertise high – (the advertised rate of) 80 cents this year went to 76 cents,” he explained.

Spending less than advertised is becoming a trend for Westfield. In 2011, the city spent almost $5 million less than its approved budget. Burtron also said of the $21,975,938 approved budget for this year, only $9,061,754 has been spent as of the end of June.