You are at:Home»Current in Zionsville»Woodhouse spa is growing 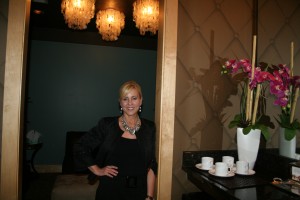