You are at:Home»Current in Westfield»Westfield City Council recap 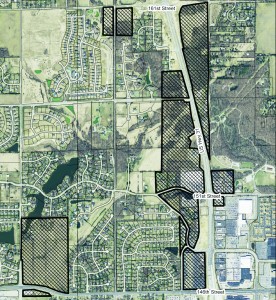 What’s next: The establishment of the economic development area is the first of many steps to developing a Tax Increment Financing district. 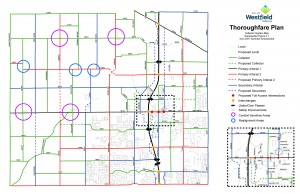 What it means: The plan includes three main items: 1) map changes for reclassification and name designations due to U.S. 31 construction and broken intersections; 2) alternative transportation plan refinement between Grand Park and Grand Junction; and 3) changes to the city’s Alternative Transportation Plan to include the adoption of the Cycle Corridors Map.

What’s next: The resolution was introduced and can be voted on at the next council meeting.

What happened: Amendment to Utility Ordinance

What it means: The Westfield Board of Public Works and City Council wish to formally amend the water and sewer rates. Chief of Staff Todd Burtron said the ordinance will not impact residential users but businesses with large meters that are low volume customers. “It’s reflecting what we should have done in the first place,” he said. Burtron said the changes are in line with Citizens Energy Group, which is in the process of purchasing Westfield’s water and sewer utilities.

What’s next: The ordinance was unanimously approved 5-0.

What it means: The area proposed for annexation is referred to as the “Banas Annexation Area” and is generally located adjacent to the existing corporate limits, south of 186th Street and west of Spring Mill Road. The annexation is 100-percent voluntary. The area is 61 acres of farmland and would cause little impact as existing public services cover the land surrounding it.

What’s next: The annexation was unanimously approved 5-0.