You are at:Home»Current in Carmel»Flowing Well remains closed 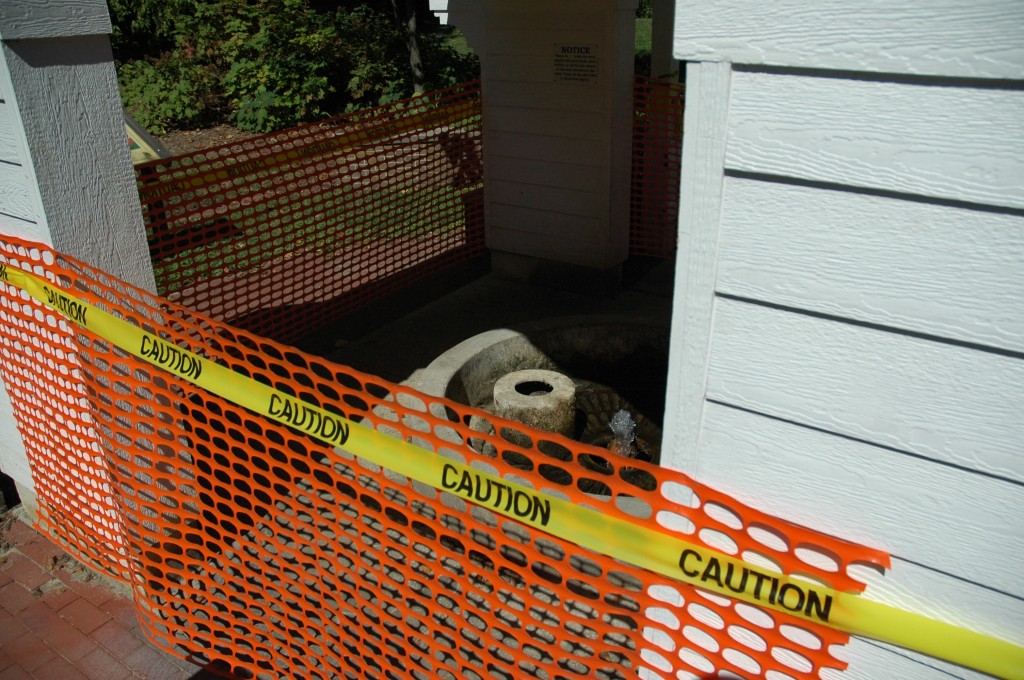 The Flowing Well will remain closed until an apparent break in the distribution pipe between the wellhead and the taps is repaired as well as a possible leak in the casing surrounding the well.
Testing conducted by City of Carmel Utilities revealed the presence of total Coliform bacteria in early September according to signs posted at the Flowing Well. At that point the well was closed, signs were posted and orange plastic fencing was wrapped around the structure.
On Sept. 25, two contractors will begin working to resolve these two separate issues. A camera will be utilized to inspect the casing. The camera will provide a look at what may be the well’s original pipe, roughly estimated to be 100 years old. If it is defective, it will need to be replaced.
Once repairs are completed the well and distribution system will need to be completely sanitized and two water sample tests must come back negative for any contamination.
The well will remain closed until further notice from Carmel Clay Parks & Recreation, but it is anticipated to reopen sometime next month.
If anyone has stored any water from the well they are advised to dispose of the water immediately and not to drink it.