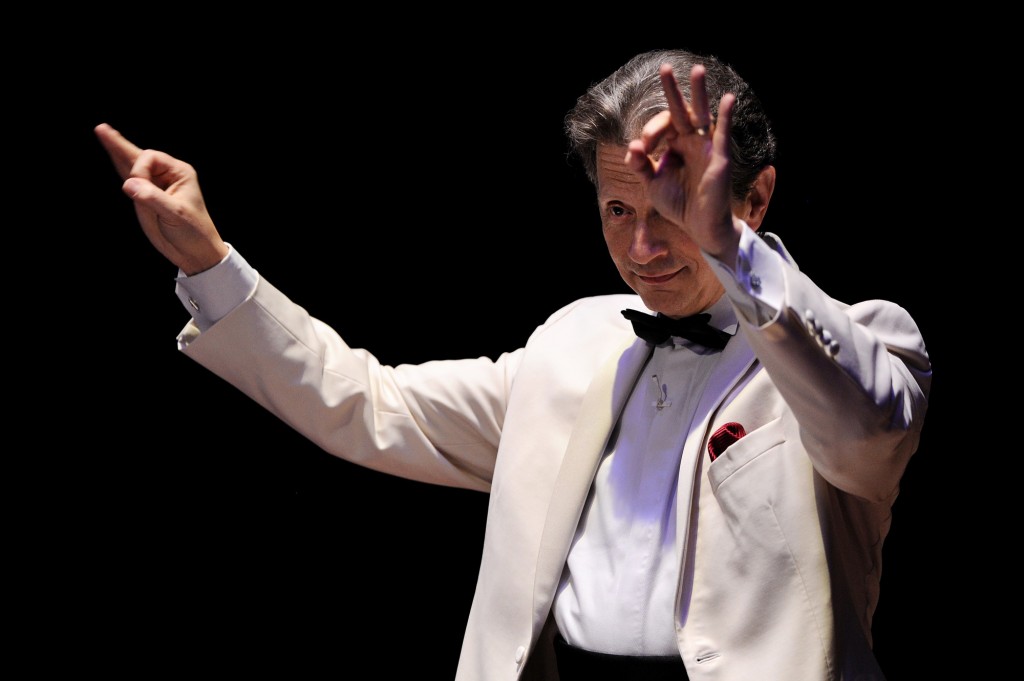 Jack Everly has worked for many years to extend the reach of symphonic pops music in both its marketing and artistic aspects.

But he also creates and conducts concert programs in cooperation with other orchestras under the Symphonic Pops Consortium, which produces theatrical pops concerts that have racked up more than 250 performances here and in Canada during the past 12 years.

The latest is “On Broadway with Kander & Ebb,” a tribute to the great Broadway musical team of John Kander and Fred Ebb. Everly will lead the ISO and five young veterans of the musical stage in the show’s premiere at Hilbert Circle Theatre Oct. 4 and 5.

Everly credits Kander and Ebb with extending the legacy established by such classic Broadway teams as Rodgers and Hammerstein and Lerner and Loewe.

“They continued the evolution of musical theater,” Everly said. “(They) continued to push the envelope right up through ‘The Scottsboro Boys.’”

That 2010 musical was well received by critics and garnered many Tony Award nominations, but it closed after relatively few performances. It stages the story, in song and drama, of nine black teenagers unjustly accused of rape in 1931 and tried in a hostile atmosphere in Scottsboro, Ala.

The innovations of Kander and Ebb burst into the public consciousness with “Cabaret” (1966), which presented a different kind of story from what Broadway audiences were accustomed to.

Cabaret is set in Berlin during the fragile Weimar Republic, when tough economic times combined with the rise of the Nazi Party made seedy entertainment an alluring escape.

Everly, whose tribute will focus on “Cabaret” and “Chicago,” paints the picture of what made Kander and Ebb so innovative when “Cabaret” was new.

“You walk into the theater, and you see a big mirror facing you, so you see yourself before anything else,” Everly said, setting the scene. “Then the ‘Cabaret’ sign lights up, fades out, and then in comes the creepiest guy you can imagine with rouged lips and a white face – that was Joel Grey – telling you that life is a cabaret and that’s where you are. Oh, my heavens, you realize what that means.”

Here are Everly’s soloists for his Kander-Ebb tribute production:

• Beth Leavel, who received several awards (including a Tony) for “The Drowsy Chaperone” and three major nominations for her performance in “Baby It’s You.”

• Nick Adams, who has been honored numerous times for his dancing on Broadway and has a wide range of national theatrical credits on his resume.

• Ted Keegan, who has played and sung the title role in “The Phantom of the Opera” on Broadway and around the country.

• Nikki Renee Daniels, whose most conspicuous recent Broadway appearance was as Clara, the character who sings “Summertime,” in the revival of Gershwin’s “Porgy and Bess.”

• Jessica Rush, currently in the role of Lorraine in the long-running Broadway production of “Jersey Boys.”

From here, “On Broadway with Kander & Ebb” will travel to become part of orchestra schedules in Edmonton, Pittsburgh, Baltimore and Ottawa throughout the 2013-14 season. Bookings have already been set for next season as well, Everly said.

What: Tribute program to the songs of John Kander and Fred Ebb.