You are at:Home»Current in Carmel»Carmel Community»CHS Ambassadors ready for ambitious year 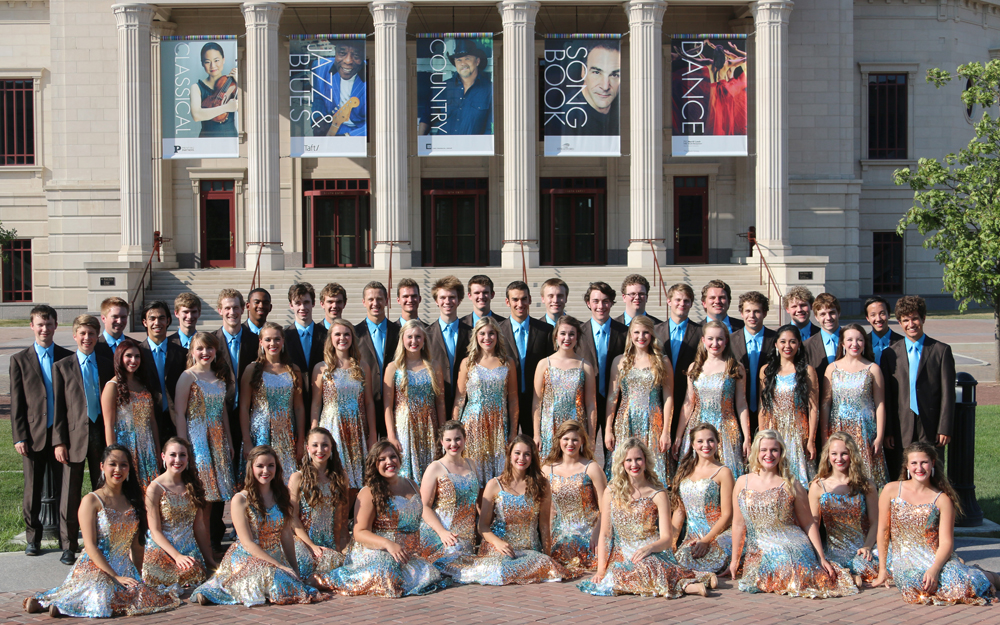 The Carmel High School Ambassadors hope to raise enough money for
the entire show choir to attend performances in Europe in 2014. (Submitted
photo.)

The Carmel High School Ambassadors are staging one of their biggest numbers  yet. A performance in fundraising efforts to ensure all 48 members of the  troupe get to travel to Europe to perform two shows of a lifetime.

Lamonte Kuskye, head of the CHS choral department and director of the  school’s show choir group, the Ambassadors, along with his co-director Ann  Conrad, said their students will perform in a cabaret and silent auction  Oct. 27. The event’s goal is to generate enough money for yearly expenses  and enough extra to fund this overseas trip.

The Ambassadors also received an $8,000 grant from Clay Township to help  them in their cause.

“We are so thankful for Clay Township’s generous grants. We can’t thank them  enough,” Kuskye said. “Now we need to continue our fundraising efforts. This trip costs $3,700 per student.”

The European trip Kuskye is so excited about will involve travel to London and the chance to learn from a theatre group in Great Britain. The West End  Kids travel all over Europe performing, and they have even performed for  Queen Elizabeth, according to Kuskye.

“This trip will open up the kids’ minds, and it’s a learning experience of a  lifetime,” he said. “There will be workshops for vocals and choreography  proceeding the week leading to a show of a lifetime – a live performance in  their own London theater with both The West End Kids and our Ambassadors.”

“I just received confirmation that we will be performing in the big theater  at Disneyland Paris after leaving London,” he said. “They told me they are  thrilled to have our kids perform. Show Choir is an American art. They don’t have many groups like us in Europe.”

Money is needed to fund these life-changing opportunities for the kids, he said. The Ambassadors are ready to sing for their supper. Their cabaret and silent auction show will be held from 3 to 6 p.m. Oct. 27 at The Ritz Charles in Carmel. There will be many opportunities to donate, and the students will be able to showcase themselves through individual solos, duets and a few group pieces.

For decades, the Ambassadors sold jam. They finally let it go a few years go
according to Kuskye.

“Brought back by popular demand this year will be ‘Jammin’ with the Ambassador’s.’ Our parents and kids are working so hard to raise these funds. Many parents took days off to work at a convention downtown and have found an Amish Company to supply the jam that will be in stores soon,” he said.

Teams of Ambassadors will be dispatched to six local grocery stores from 10 a.m. to 4 p.m. Nov. 2 to sell jars of Amish jam as part of a fundraiser. Each jar will also include a recipe book. Any unsold jam on will be sold
door-to-door on Nov. 3. Jam flavors include: strawberry, blueberry and Traffic Jam (Blackberry, Rhubarb, Blueberry and Strawberry mix). To order jam via email, send orders to CarmelAmbassadors@aol.com.