You are at:Home»Current in Fishers»Feedback on train station 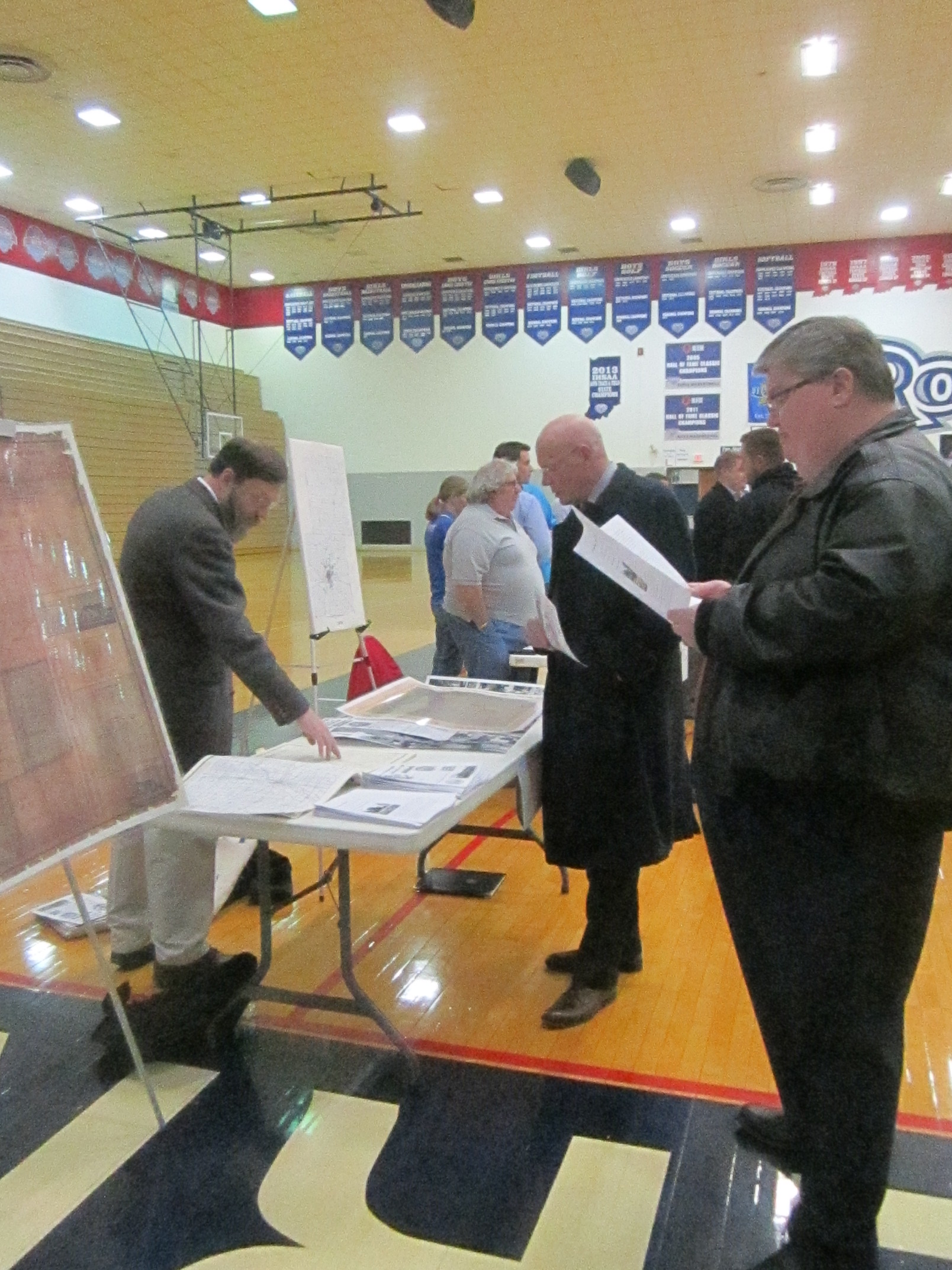 A public open house was held at HSEHS March 25 for residents to give feedback for the enhanced train station plaza. Approximately 60 were in at- tendance. (Photo by Nancy Edwards.)

A public open house was held at HSEHS March 25 to encourage residents to give feedback for the enhanced train station plaza. The event drew approximately 60 residents who had the opportunity to learn about project specifics.

Plans for the train platform and pedestrian plaza include ticket windows, public restrooms and better Americans with Disabilities Act accessibility. As well, residents can expect plaza seating and bike racks, while the platform will accommodate future mass transit needs.

The plan, which was passed by Fishers Town Council in February, is a $28.5 million project (with $9.5 million from Fishers) that includes a three-story, 33,000 sq. ft. mixed-use office building, a 400-space parking garage wrapped with more than 100 luxury studios, one-and two-bedroom apartments and an enhanced train pedestrian plaza and platform.

Although the current building will be demolished, raising concerns from residents about the 18-year-old train station’s historical significance, according to Fishers Town Council member Mike Colaw, the use of the current space is limited.

“The space is not conducive for efficiency,” he said. The building has termites and is not ADA compliant.“The new station is going to be bigger with public amenities.”

The redevelopment of the Nickel Plate district downtown will also create a walkable, more vibrant community, according to Town Manager Scott Fadness. Colaw added that residents have said they would like to see an area developed that is unique.

“People are saying they’re tired of strip malls,” he said. “We’re looking at something different.”

Although some residents are looking forward to the next phase of downtown redevelopment without hesitation, others, including Annie Dennis, said they felt frustrated that the project moved forward without their input.

“It’s sad that seven people are deciding the fate of the whole city,” Dennis said, referring to town council members.“They’re putting the cart before the horse.”

Director of Community Development Tom Dickey acknowledged that while he understood some residents might not agree with the project, the purpose of the open house was to educate the citizens about the truth, dispelling any misconceptions they may have heard about the plan.

“We wanted to clear any confusion,” Dickey said.

Brenda Myers, executive director of Hamilton County Tourism, said she is excited about what the plan will bring to the community.

“There is a lot of opportunity to see and do things,” she said. “I think it’s just a neat next phase.”

Construction on the project is scheduled for this spring and should be completed by the end of next year.