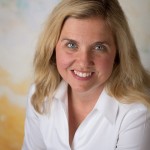 Olson was brought to Orchard Park to temporarily fill a position due to a church transitional period, but she has been in ministry for twenty-one years. During those first years in seminary, she discovered quickly that many of the women were in seminary for their second career. She was proudly a part of the first wave of women who had ministry as their first career. 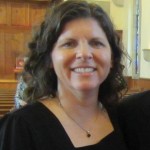 What made her endeavor into ministry difficult was the lack of mentors and the concern of family support.

“While I was in graduate school, I met my first female pastor,” Olson said. “I thought ‘Wow! These are women, and they are going to be pastors!’”

Olson felt concern over what her family would say because not all denominations allow female pastors.

“In high school I had an inkling I was going to be a pastor, but I asked my mom if that was OK,” she said. “She said she didn’t know any, so I thought it wasn’t.”

Wood describes her thirteen year journey in ministry in a similar way to Olson. Growing up, Wood remembers all her ministers being men.

She said, “It took me a long time to see myself in a role other than a gender-bias role teaching Sunday school or in the kitchen.”

As a previous pastor of a mid-size church in Iowa, Wood soon felt the need to begin a new chapter.

“My children were at junior high age, and I didn’t want to move them during high school,” she said. “I wanted to get that done before the journey of adolescence. I started to look for a new call two years ago.”

Olson agrees that they balance each other in more ways than one.

In addition to balance, having family at home and a full time job is a balancing act.

“Having family participate in the life of the congregation is important,” Olson said. “Many times balance is a struggle, and sometimes it’s not pretty where you don’t feel you are doing well at work or at home.”

Wood agreed and has learned the trick to a balancing act is understanding it is truly just an act. She believes in stripping away the guilt and offering yourself grace while finding the balance.

Both Olson and Wood understand that although women in church leadership is not yet common, love for God and the Presbyterian Church is what’s most important. Olson knows they have both been called to these positions and share a passion for people, building up discipleship, and community outreach.