You are at:Home»Current in Westfield»District has more land for sale

Westfield Washington School Board members discuss their concerns about what may end up being developed on 10 acres at the far northeast corner of Monon Trail Elementary School if it is sold at the April 1 meeting. (Photo by Lauren Olsen)

The Westfield Washington School Board approved an extension on the purchase agreement of the 14.1 acres of land that was previously sold in January. 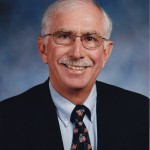 “It was an aggressive agreement to begin with,” Westfield Washington Schools Supt. Dr. Mark Keen said.

The purchasers of the land are working with Duke Energy to take down all of the power lines on the newly acquired land and have them buried. This was not part of the original design plan, therefore adding to the timeline. Duke energy will be picking up the cost of the project, and expects to start in the next week or two.

“If you go out and look at that intersection, with one corner not having any power lines and poles up, hopefully the other three will be the same way as time goes on and will add to the attractiveness of the community. So, it’s just taking a little bit longer,” Keen said.

Even with the extension, the expected closing date of the sale is no later than July 1 reported Keen.

More land to be listed for sale

During the April 1 meeting, the school board also approved the sale of 10 acres at the far northeast corner of Monon Trail Elementary School. At one point in time, the land was considered for the public library which never came to fruition. It is currently a cornfield and officials said it not included in the districts long term plans.

“In order to put that on the market we would have to do the same thing we have done with the stadium, and put it out for bid. It has already been appraised, and the bid would have to be at least ninety percent of the appraisal. The board would be able to turn down all bids if they so choose,” said Nick Verhoff, executive director of business and operations.

The reason for listing the land at this point in time is that the board has a very interested potential buyer.

There was much debate among the board members concerning what may end up on the property if it is sold, but they decided the only way to find out is to put the land on the market and determine interest on a case by case basis.

“As a school board member I am darn sure concerned what goes next door to my school,” said Tim Gardner, school board president.