You are at:Home»Current in Westfield»Design group picked for Grand Junction 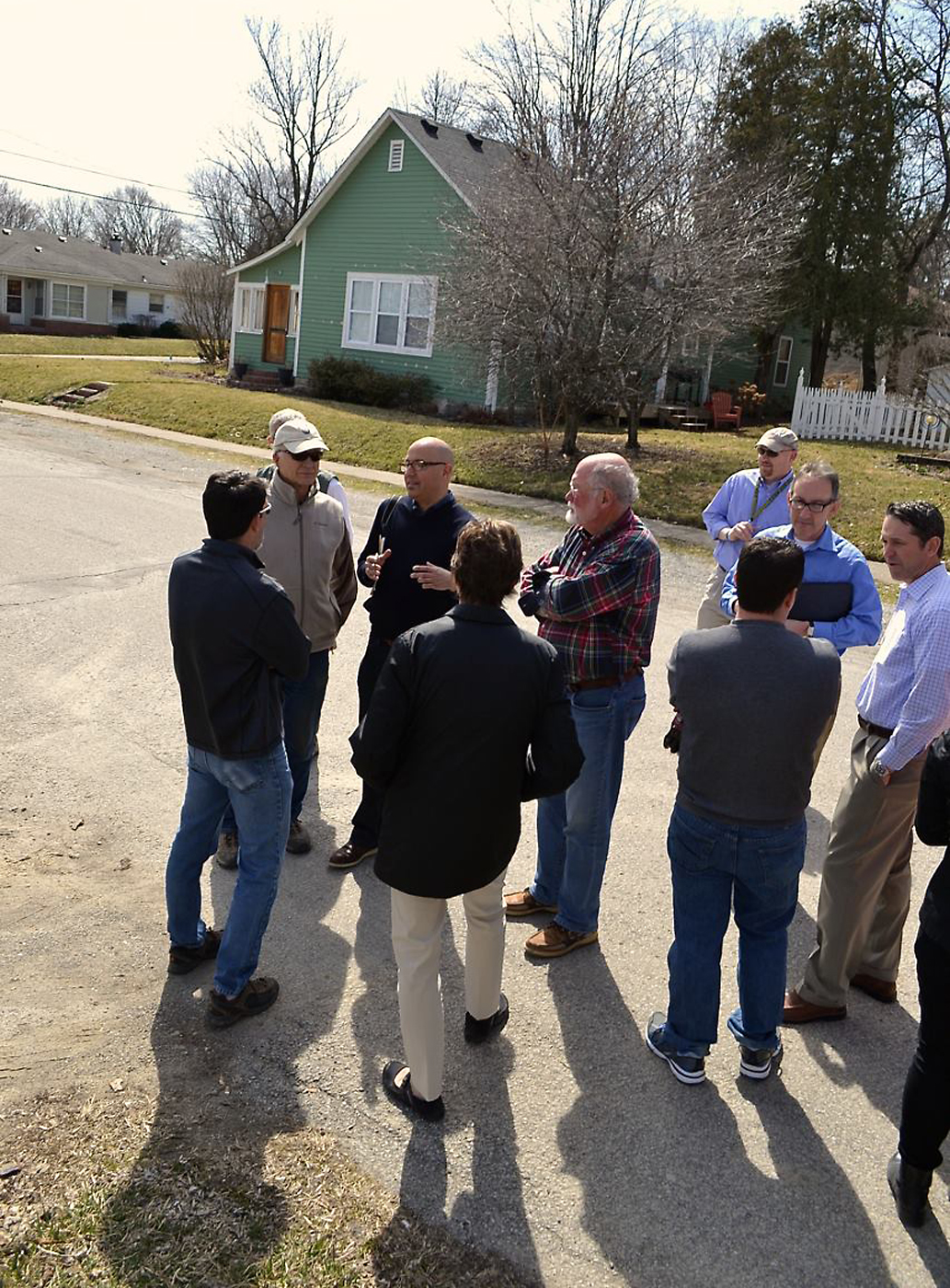 With Grand Park nearing completion, another major Westfield project has taken a step forward. On April 1, the city of Westfield announced that it has selected Land Collective as the lead design group for its historic Grand Junction Plaza project.

“After seven years of community dialogue and planning, the city has found what we believe is the perfect fit for the design of this important project,” Mayor Andy Cook said. “Their work on Eskenazi Hospital in Indianapolis brought them to our attention, and their emphasis on collaborative, community driven design work left no doubt in our minds that this was the right group of people to take our community’s vision to the next level.”

David A. Rubin, Land Collective’s principal, credits the success of the group’s projects with empathy-driven design and a synthesis of art, technology and social sciences to create human-centered works.

“A successful space is one that’s well-attended,” he stated. “Land Collective aspires to render Grand Junction as an extraordinary venue filled with art, architecture, community and life. We have worked with the city to gather some of the most extraordinary talent across design disciplines, in the hope that the future park will continuously heighten one’s experience, no matter when one engages in it – any time of day and through all seasons.”

Land Collective has commissioned Hollwich Kushner to be the building architects for the project.

“We are excited to participate in a project that is born from a community initiative,” Matthias Hollwich, co-founder of HWKN, stated. “Connecting buildings, trails, nature and people will create a potent mix for an iconic and unique place.”

The Grand Junction Plaza project began as a citizen-driven effort to revitalize Westfield through downtown development. Ken Kingshill, chairman of the Grand Junction Task Group, said the selection of Land Collective was the culmination of a seven-year-long process.

“The Grand Junction Task Group participants have devoted thousands of volunteer hours over the past seven years to dream up the Grand Junction concept,” he said. “We are thrilled that the city has hired David Rubin of Land Collective to prepare the final design of the Grand Junction Park and Plaza. We look forward to the day that downtown Westfield will indeed be the place where connections are made, both for our residents and for our sports visitors.”

For his part, Rubin sees Grand Junction as an important piece of design work that will not only enhance Westfield’s downtown, but contribute to valuable community dialogue.

“When dialogue between individuals happens, culture thrives,” he stated.