You are at:Home»Current in Fishers»12 Angry Jurors plays at Mud Creek Theatre 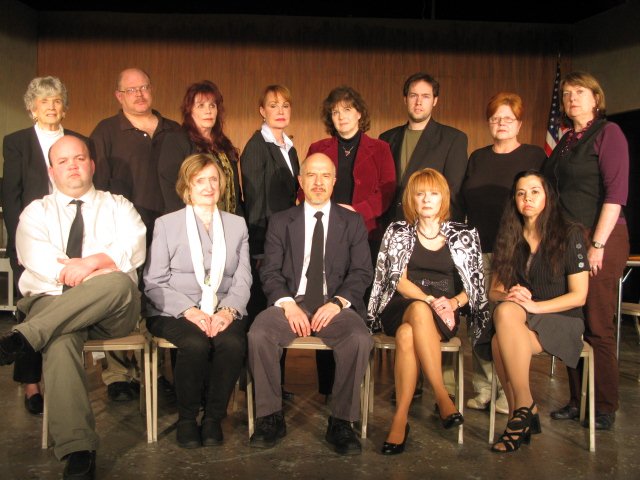 Twelve Angry Jurors, a drama concerning the deliberations of the jury on a homicide trial that was a television and Broadway play and turned into a motion picture starring Henry Fonda, will be performed at the Mud Creek Barn in Lawrence starting May 2.

The critically acclaimed drama runs from May 2-17 at the community theatre that has entertained central Indiana residents for over 60 years. Tickets are $11 and $13 and are available on line at www.mudcreekplayers.com. Additional information can be obtained by calling 317-290-5343.

The performance of Twelve Angry Jurors will be one of the most ambitious performances by the theatre. The entire drama is set in a jury room following a trial in which a teenage is accused of murdering his father. It appears to be an open and shut case but through the work of one dissenting juror (Fonda in the movie), the discussion shows the prejudices and preconceptions of the other jurors and that the case is not as clear as it appeared during the trial. Slowly, the dissenting juror manages to change the opinions of his jury partners.

Jack Klugman, Lee J. Cobb, Martin Balsam, Jack Warden and E.G. Marshall were among the actors who played in the 1957 movie. The story was remade for television in 1997 and starred George C. Scott, James Gandolfini, Tony Danza, Jack Lemmon and Ozzie Davis. It was originally performed on television in 1954.

The performances in theatre and on television have received numerous honors and awards.