You are at:Home»Current in Carmel»Carmel Community»‘Yonkers’ more than just one-liners 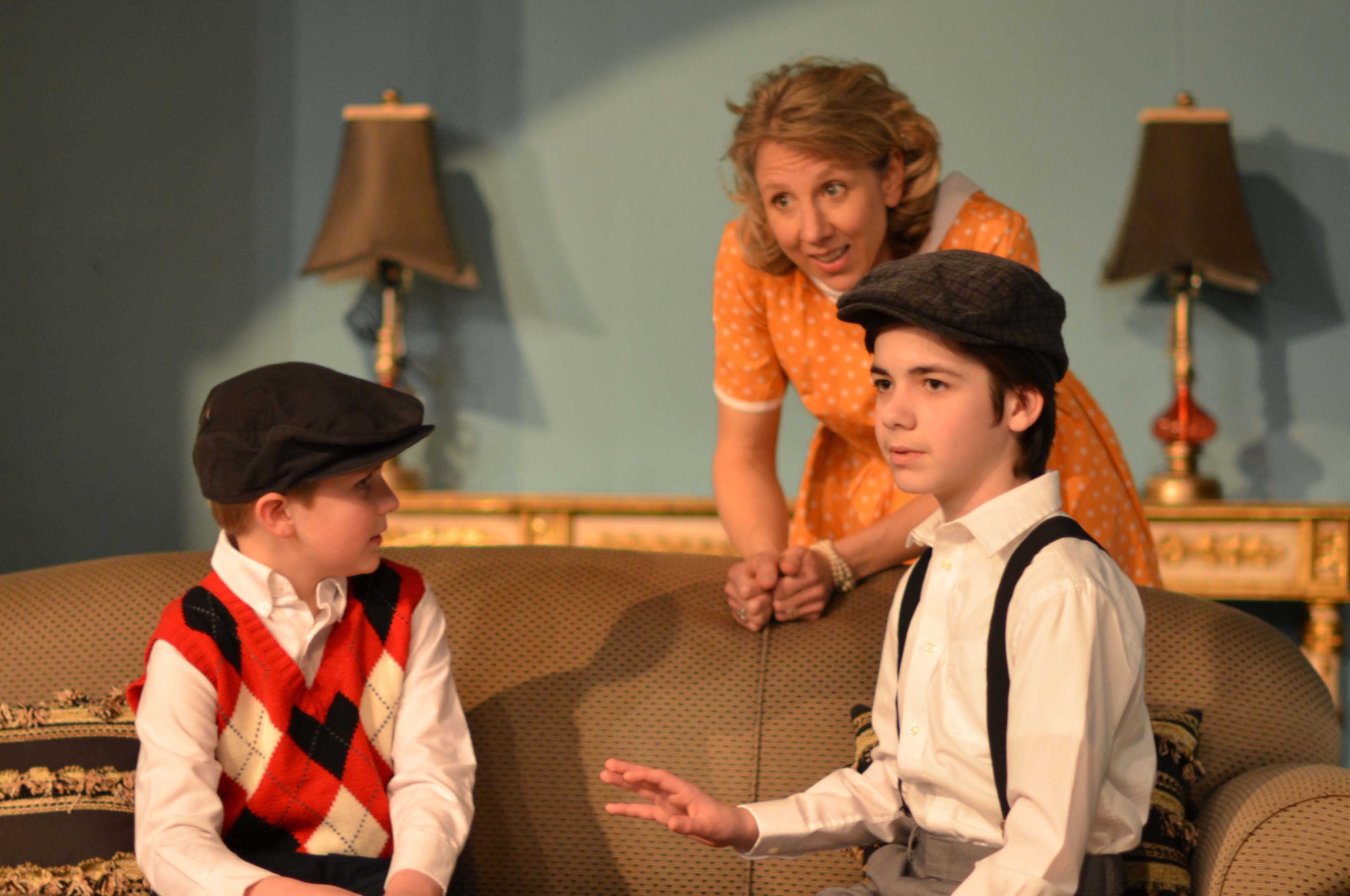 From left, Christian Baltz, Jean Arnold, and Jude Binkley from Carmel Community Players will stage a presentation of “Lost in Yonkers” in May. (Submitted photo)

The Carmel Community Players continue their “Season of Restoration” with the opening of Neil Simon’s award-winning play “Lost in Yonkers” on May 1 through May 11.

“The play is different than Simon’s other snappy one-liner plays in that it is more from the heart with deeper characters which makes it among his more poignant works,” said Director Jim LaMonte. “In short, the play is an actor’s dream, and Simon maintains a balance between poignancy and humor in this moving production.”

Winner of the 1991 Pulitzer Prize for Drama and the Tony Award for Best Play, the “Lost in Yonkers” is set in the city of Yonkers, N.Y., during 1942 and focuses on the lives of two teenage brothers – Jay and Arty – who are dropped off at the house of their stern grandmother and mentally-challenged Aunt Bella by their father, Eddie, who took a job as a traveling salesman after the death of their mother.

“The action is filtered through the eyes of 15-year-old Jay (Jude Binkley of Carmel) and his younger brother Arty (Christian Baltz of Carmel). I am so lucky to have these talented boys in the show. Their ability to deliver far exceeds their ages,” LaMonte said. “I think audiences are going to be charmed with them.”

“Most of Simon’s work is centered on the comedy. Which is great. You go see it, you laugh and go home. With ‘Yonkers,’ there is a lot more to take with you when the curtain falls,” LaMonte said.