You are at:Home»Current in Carmel»CarmelFest: Diane Norton: The lady sailor in heels 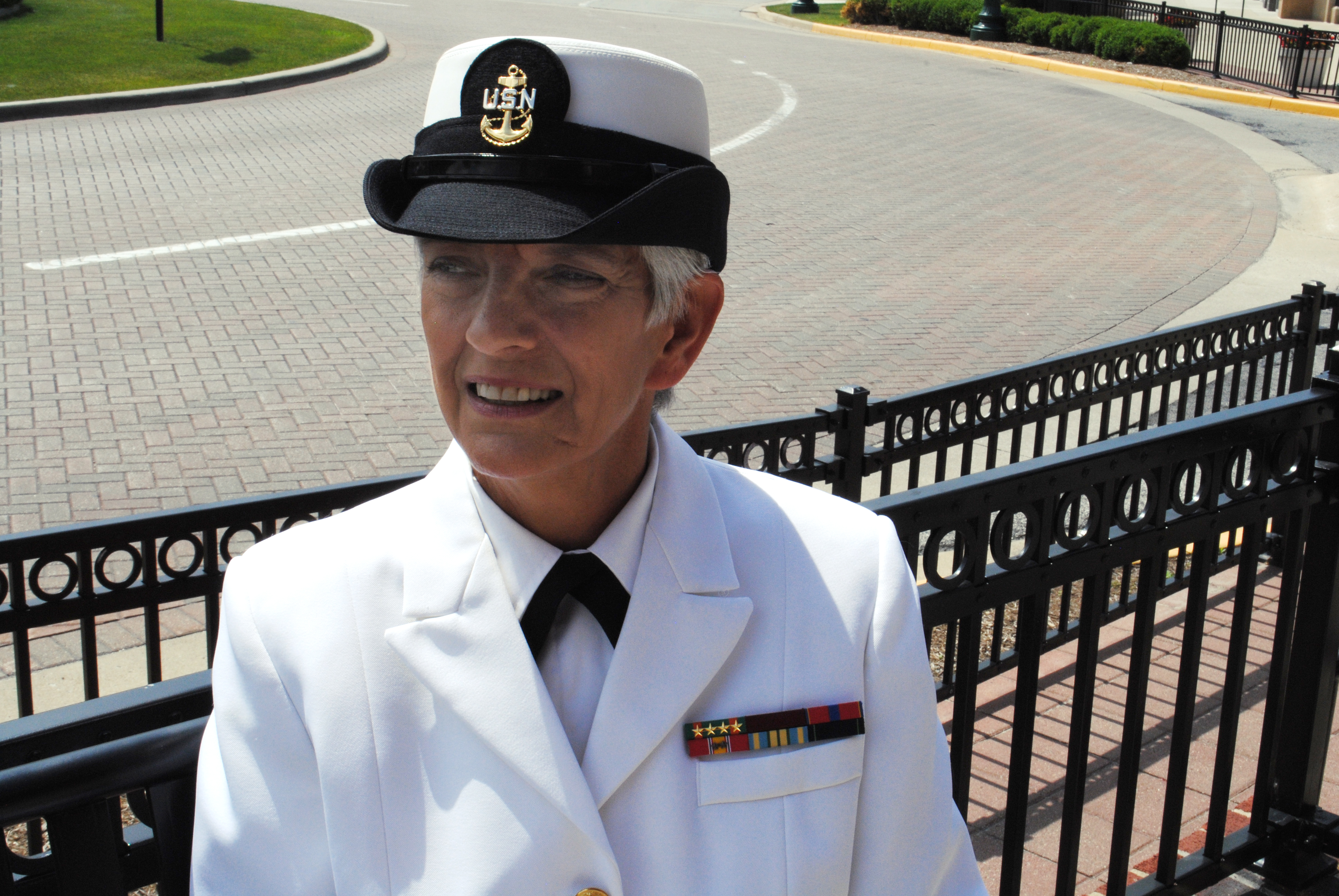 Norton said at the parade she often is referred to as the lady sailor in heels. (Photo by Jessica Fox)

Participating in the CarmelFest 2014 parade has a special meaning for U.S. Navy veteran “Chief” Diane Norton.

For the past six or seven years, Norton has put on her Alpha uniform: the jacket, the skirt and the heels to walk in the parade.

This is why at the parade Norton said she is often referred to as the lady sailor in heels.

This parade is important to her because she gets the opportunity to honor those who have served that never got the chance to participate in a parade of their own.

“It makes me feel good to honor those who did not have the chance … all the wonderful people who never got a parade,” Norton said.

Norton grew up in Newton Falls, Ohio, often known as Zip City. It’s the only city in the United States to have all five digits of its zip code be the same numeral.

When Norton first joined the Navy, women were not permitted on ships, and she never had sea duty. Norton spent a lot of her time in the Navy working in administration and at Navy reserve centers.

While she was in the Navy, Norton received her associate’s degree in business at the University of Alaska-Anchorage.

Norton said that her time spent in the Navy was ultra-rewarding. She had the opportunity to travel to the East and West coasts, London, Italy and Japan, among others places.

“I wish I had more access to prior military veterans to let them know about the parade,” Norton said.

Norton has many fond memories of the parade and would like others to have the opportunity to have them as well.

One of her favorite memories occurred last year while walking the route. A lot of children usually come up and high-five the military members and veterans. A little boy with arm braces went up to give her a high five. A few weeks later she found out the boy was recovering from cancer.

It’s moments like those that make the parade all the more special to Norton.

Norton now works with Bill McCain Appraisals and Real Estate and she also is a part-time nanny.

She said the children she nannies come to the parade just to see her, and that offers rewards on yet another level.