You are at:Home»Current in Westfield»Volunteers needed for county race 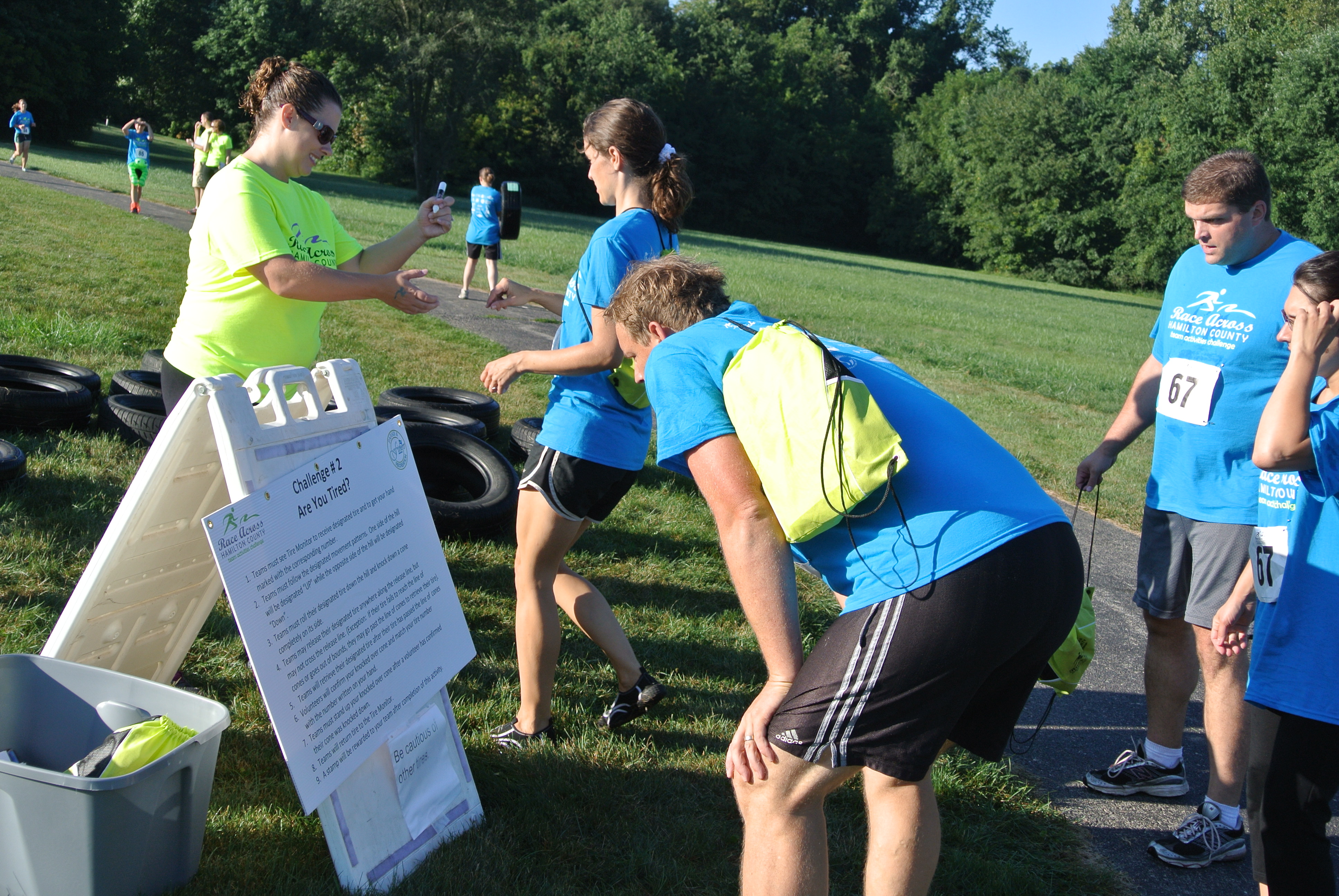 A volunteer from last year’s Race Across Hamilton County stamps competitors’ passports as they complete a challenge station.

Are you a game show fan with a sense of adventure? If so, Hamilton County Parks and Recreation is in need of 100 such volunteers to assist with the upcoming Race Across Hamilton County taking place on Aug. 23 at four different park sites that include MacGregor Park in Westfield and Founders Park in Carmel.

Inspired by the long-running reality game show The Amazing Race, Race Across Hamilton County pits 60 teams of two contestants against one another in a competition to complete an assortment of various physical and mental challenges for prizes.

The event, which takes a year to plan, is no small feat as it is a joint effort between the parks departments of Fishers, Hamilton County, Noblesville, Washington Township, Carmel, Cicero and Westfield.

Contestant slots were filled within 24 hours of registration in early April, many by past volunteers for the event which is now in its third year.

According to organizers, volunteers are guaranteed to have just as much fun as the competitors because they are an integral part of the action.

“Race Across Hamilton County is one of the most fun things we do all year,” said Amanda Jackson, Special Events Coordinator with Westfield Parks and Recreation.

Volunteers will be tasked with a variety of duties in three separate areas that include assisting with parking when participants arrive, monitoring challenge stations, making sure participants are following the rules as well as setting up and tearing down the event.

Volunteers are needed for three-hour time slots between 7 a.m. and 5:30 p.m. on the day of the event. They may assist at just one location or multiple locations and will be given a free T-shirt to be worn during the event.