You are at:Home»Current in Carmel»Carmel Community»NPR’s Inskeep, a Carmel native

Commentary by Fred Swift of the Carmel Clay Historical Society 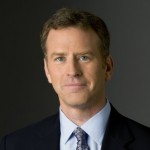 Those who listen to National Public Radio’s Morning Edition may think they have detected a slight Hoosier accent from co-host Steve Inskeep. That’s because Steve is a Carmel native.

Even when getting up by 4 a.m. after covering news stories around the world, Steve always sounds fresh and, of course, informed on national and world events. He is not one to just read the news off the teletype, he covers it himself.

He graduated from Carmel High School in 1986 where he got his start in radio at the school station, WHJE, and from Morehead State University in 1990. Steve and his wife, Carolee and their daughter now live in the Virginia suburbs of Washington, D.C.

But, returning to Carmel is something he enjoys. He still has family here including brother, Jim, who is athletic director at Carmel High School, and his mother who lives in the same house where Steve grew up.

In a recent visit, Steve interviewed former senators Richard Lugar and Sam Nunn when they made a joint appearance WFYI telling of their experience in facilitating the destruction of Russian nuclear and chemical weapons.

In 2012 Steve was the featured speaker at Carmel’s 175th anniversary celebration, sharing his experiences as a newsman traveling to numerous foreign nations to cover major news events for NPR as well as recollections of his early years in Carmel.

He is the author of a book, Instant City, which he wrote after spending considerable time on assignment in Karachi, Pakistan. Like many Third World cities, Karachi’s population exploded in the second half of the last century creating huge challenges which the book explores.

In March of this year, Steve embarked on a trip along the U.S.-Mexican border from the Gulf of Mexico to the Pacific with the intent of reporting in depth on the people crossing or trying to cross the border.

Before that assignment, Steve managed to stir a little controversy by writing a piece in the Wall Street Journal in which he essentially said that NPR radio listeners are not all liberals, pointing out that 53 percent of listeners polled said they were either conservative or moderate in their political views.

National Public Radio has been accused by some of being perhaps too liberal, and in need of more balance in their coverage.

Steve’s critics were quick to respond to his take on the radio audience. Of course, a little controversy never hurts ratings, and Steve apparently let the matter go without further comment.