You are at:Home»Current in Zionsville»Top 5 picks for Heartland Film Fest 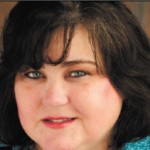 The 2014 Heartland Film Festival is just around the corner and will run from Oct. 16 through Oct. 25. Heartland Film’s Mission is to inspire filmmakers and audiences through the transformative power of film. Every year I look forward to previewing the films and telling people which ones are most worth watching. Many of these films are thought provoking. challenge our perspectives on the world and inspire us to make a difference. I selected this week’s Top 5 Films because every one of them made me stop and appreciate who and what I have in my life. They are powerful films that deal with diversity, determination and love. Heartland knows how to open our minds, tug at our hearts and listen. I hope these films will empower and enlighten your own hearts to see the world from a different view. Experience the Heartland Film Festival and I hope to see you at the movies!

1. “AMIRA & SAM”  (Official Selection) : An army veteran attempting to assimilate back into a country he barely recognizes while trying to win the heart of an Iraqi immigrant who is on the verge of being deported. Amira and Sam struggle to combat their feelings for each other, realizing that they are trapped in a society that marginalizes immigrants and veterans – making them outsiders in a country that was founded by immigrants and protected by veterans. This beautifully-made film will make you stop and think about how we view others but perhaps more importantly how we are viewed as Americans. Directed and written by Indianapolis native Sean Mullin, “Amira & Sam” will open your eyes and warm your heart.

2. “CICADA” (Festival Award Winner): “Cicada” is a story the story of Jumpei, a man who loses sight of his progeny when he finds out he is infertile, but then is given the gift of clairvoyance and begins to see glimpses of the future. These glimpses lead him to a series of cicada shells, which become symbolic of his desire to shed his old self. Though his lineage ends with himself, Jumpei starts anew as a father-figure to his sister’s young son who is bullied in school. Directed by Dean Yamada of Japan this film takes you on a dysfunctional family journey that transpires a series of comical and heartbreaking events along the way.

3. “HIGHWAY TO DHAMPUS” (Official Selection) : When Laxmi, headmistress of a small orphanage in Nepal, is visited by a rich socialite attempting to fix her image through charitable acts, a chain of events is set in motion that affects everyone involved. Ajit,the western-savvy bush pilot, Colt, the American photojournalist and chaperone, and Elizabeth, the spoiled British heiress, all discover their own reasons to ultimately change for the better. These four individuals from four different worlds will learn what it means to be charitable, to give and to love, but what unfolds will change their lives forever. Directed and Written by Rick McFarland of California this film will find the soft spot in your heart of giving and love.

4. “LIGHT FLY, FLY HIGH” (Festival Award Winner): As a young Indian girl born outside of caste, Thulasi is trying to box her way out of poverty, but the struggle for an independent life is hardest outside the ring. Forced to leave her parents home when only 14 she fights hard to succeed and eventually ranks third in India’s Light Fly category. Despite an uphill battle against sexual harassment, poverty and the pressure to marry, Thulasi refuses to compromise herself, her goals and she takes her destiny into her own hands. Directed and Written by Beathe Hofseth and Susann Ostigarrd, “Light Fly, Fly High” was filmed over a period of three years. This film is a gripping and inspirational story of a courageous young woman who refuses to be anyones’s victim and ends up a hero of her own making against the odds.

5. “SOMEONE YOU LOVE” : THE HPV EPIDEMIC (Official Section): Narrated by Vanessa Williams, this documentary caught my eye because of the local connection with the Kristen Forbes EVE Foundation, a non-profit organization out of Noblesville. Watching the video clips of Kristen and her family opened my eyes to the Human Papillomavirus (HPV). This virus may be the most widespread, misunderstood and potentially dangerous epidemic that most people hardly know anything about. This poignant documentary takes a look into the lives of five women affected by HPV, widely misunderstood and controversial this virus causes several types of cancer, including cervical. Each of these women has an imitate story to tell. For Susie, Tamika and Christine, it is a story of survivorship that comes with misconceptions, stigma, shame, heartbreak, pain and triumph. For the Forbes’ family, it’s about coping with the loss of their beautiful daughter Kristen and trying to prevent it from happening to others like her. For Kelly, it journals her cancer journey, it is about her epic battle to save her marriage, her career, her family and ultimately, her life. Directed by Frederic Lumiere, this film is one I would encourage everyone of all ages to see. HPV sees no age, race or class. I laughed and cried screening at this film. It will make you appreciate life and the ones you love.

Amy Pauszek lives in Fishers. She is a well-known film producer, social media/marketing entrepreneur and a scouting/casting associate for Talent Fusion Modeling Agency based out of Indianapolis. You can find Amy flying around town with her cape in tow on FaceBook and Twitter. (@WonderWomanAmyP )